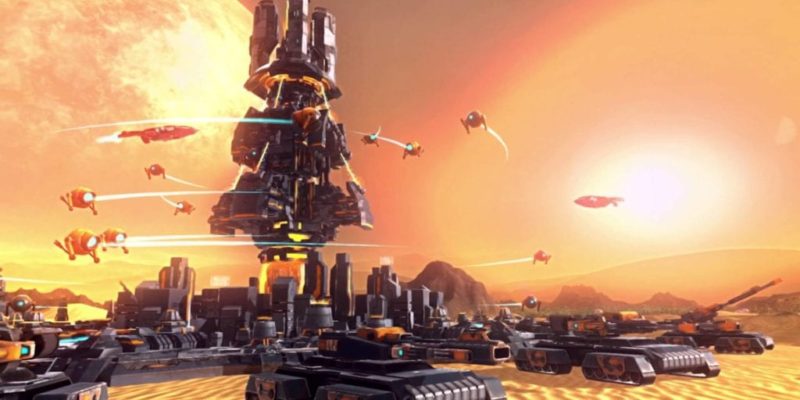 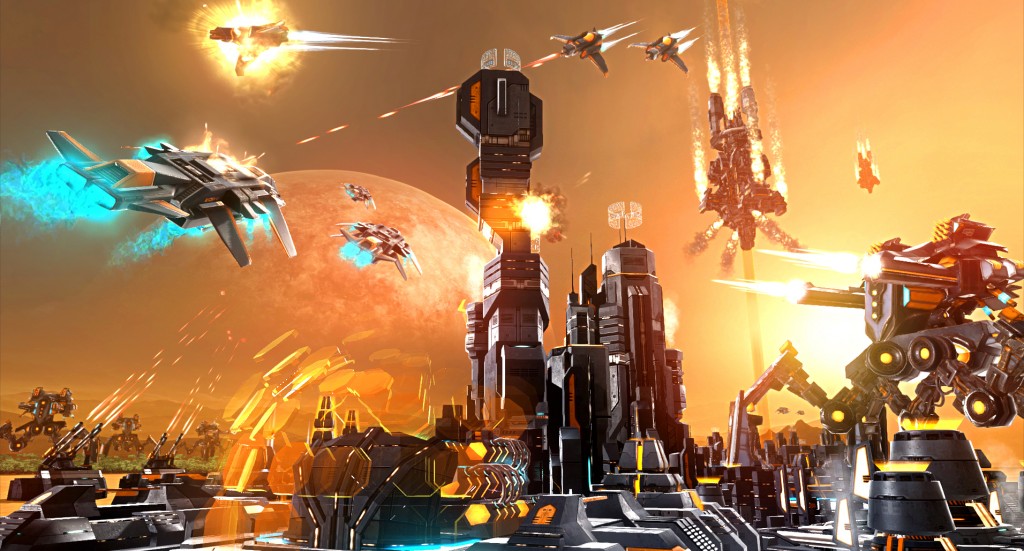 A first teasery tease from an upcoming RTS title called Etherium has appeared online, showing some of the base structures and forces that you’ll have control over in this three-way power struggle. The Consortium, Council and Galaad are facing off against one another across seven different planets in order to get hold of the resource etherium.

Interestingly, the solo campaign (in which you can play as any of those three factions) is described as “non linear,” which presumably means you’ll be able to choose which bit of territory you move your troops into next on some kind of strategy map. All of the factions are said to be distinct, with unique strengths and weaknesses.

Etherium also has some sort of dynamic weather system, and each of the seven planets you’ll be fighting on has its own climate. So, on one planet, for example, you might run into sandstorms that can either block or mask an assault. Or a river might freeze over, giving you a new attack route. Naturally, there’s a full tech tree as well for all your unit and building upgrade needs.

Multiplayer is mentioned too, for “up to four players.” It sounds competitive in nature, rather than co-op. Etherium is, presumably, due in 2014.