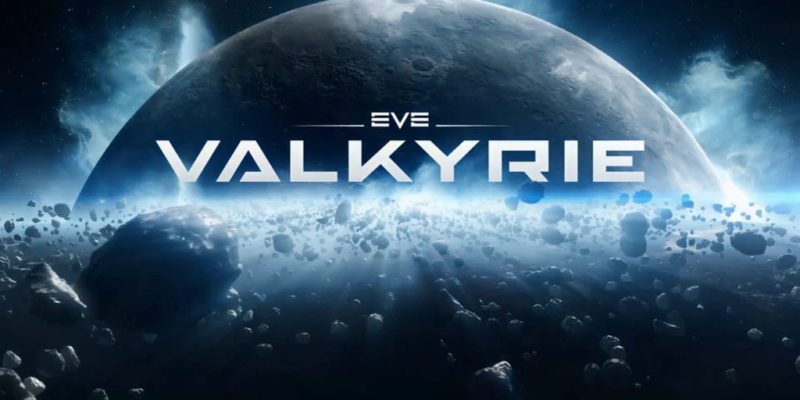 EVE: Valkyrie is supposed to be the killer app for the Oculus Rift. We’ve all heard plenty about it, but until recently I’ve not had the chance to pull on the DK2 and take it for a spin. Over the past few days though, I’ve dusted off the Rift and put it to use once again to find out if CCP’s space shooter delivers a fantastic VR experience.

Currently, Elite Dangerous is the king of VR games. Frontier has invested a lot of energy into making it VR compatible which has produced great results. It works tremendously well. However, it’s quite a different game to EVE: Valkyrie, which is less about space trading and exploration with the occasional fight, and all about the fast-paced action of space dogfighting.

After pulling on the Rift, you’re thrust into a ship and presented with numerous options, all of which are floating in the VR space. CCP obviously understand the limitations of VR and have really thought about the menu systems. With a headset placing you inside a virtual world where you can’t see a keyboard or mouse there needs to be a method to navigate around menus and options. In Valkyrie that’s done by simply looking at what you want to select and pressing fire to open up another menu. It works brilliantly. 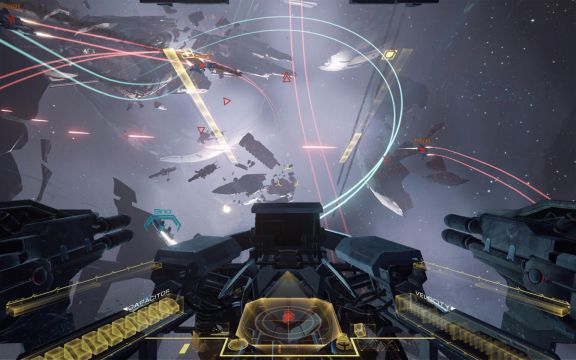 I will say that for testing purposes we have been running EVE: Valkyrie on an I7 with a GTX 980 and a Saitek X52 HOTAS setup. This recent alpha version added support for the X52, and the other method of control would be some kind of gamepad controller. As a PC gamer I’m not a huge fan of controllers, but in the case of EVE: Valkyrie you have to be using one. A keyboard and mouse just would not do the job.

CCP has managed to keep the ship controls to a minimum as they realised that not being able to see your input device can be a bit of a problem. Every action needs to be at a player’s finger tips, and the natural consequence of this is a reduction in the number of buttons available. In the case of the X52, the throttle accelerates and decelerates and the stick controls direction. Only four buttons are needed, one to cycle targets, one to shoot the guns, one to arm missiles and one to use the countermeasures. This truly is an arcade space sim experience. It’s worth also pointing out your ship is always moving, albeit slowly, even if the throttle is set to zero.

The version I’ve been playing includes some of the multiplayer components, which involve launching your ship down the deployment tube and fighting the enemy in a variety of different space maps. The maps have a boundary and at the center there tend to be large objects such as asteroids, a shipyard or a large station. It’s the sort of stuff you’d expect to see, and they offer just enough cover during the space battles. Ideal for running away or dodging missiles, and yes, you can shake off missiles with some skilled maneuvering.

The game mode that I’ve probably played the most is the simple “kill all the enemies” Team Deathmatch. To win the battle, each side needs to deplete the other side’s stock of 50 ships (dubbed ‘Clone Resources’ by CCP). Every time a ship dies the number is depleted by one and the side with the most left at the end of the match wins. 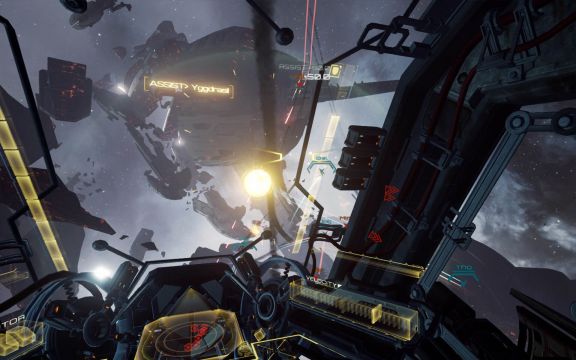 The other mode is called Control, which works in a similar way to Team Deathmatch. This time though there are three control points which can be captured by releasing drones to drain the opposition’s Clone pool. Enemy drones on control points can also be destroyed so your team’s drones get the upper hand.

During combat destroyed ships will drop green salvage pods which need to be picked up by flying over them. At the end of the match the salvage is shared with your team mates. Silver is the other “currency” in the game, earned by performing well in PvP battles and used to buy ships and upgrades at the Quartermaster.

EVE: Valkyrie comes with multiple ships that slot into the three chip classes of Fighter, Support and Heavy. Assuming you prefer one over the other,  you need to decide where to spend earned currency to carry out upgrades. At the moment I’m still messing about in the Wraith fighter with upgraded shields but I’ll be reporting back in the not too distant future once I’ve unlocked some more goodies.

I’ve played quite a few matches now and the progression is quite slow at the moment so you need to keep hammering through the games to move up the progression tree. That’s not so easy because of the nature of the hardware. The DK2 is quite uncomfortable to use for long periods, especially if you wear glasses. This has to be one of the most physically painful previews I have ever had to endure.

To show how it plays, I’ve created two videos. One shows what I am seeing in the Rift in each eye, and the other I have edited so you can see what it looks like ‘combined’. It’s always hard to give a real idea of how it looks, but these should suffice.

Going back to combat quickly, the missile locking system CCP has come up with is superb. As you’re flying around the battle zone, you simply look at a target and keep it in focus while you press the missile loading button. The crosshair rotates and shows how many missiles you have loaded. When you’re ready to unleash them, you simply let go of the button and the missiles stay locked on the target as they leave the ship. It’s so simple and works brilliantly. Again, a great example of how CCP are using all the assets of the VR headset. As an added bonus, it makes you look like Stevie Wonder playing the piano as your head rolls around trying to stay locked on a target.

So far I’ve had a blast in EVE: Valkyrie, and even more so because there has been no motion sickness whatsoever – which is usually the case if you’re playing seated.

This is only my first impressions after a few days playing the game, so I intend to keep playing during the test because this is supposed to the one game that will sell the Oculus Rift. I can see why Oculus were so keen to get CCP tied in, because Valkyrie is easy to pick up and play and packed with action. It’s also one of the few VR games that works very well on the DK2. This dev kit version of the headset has less than stellar specs compared to the finished consumer version of the Rift which, hopefully, will be a vast improvement (and also a little more comfortable to wear).

By Kevin Foley7 mins ago
Features