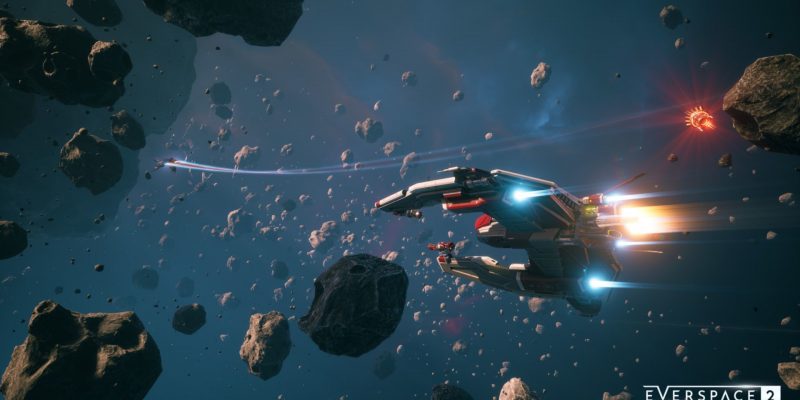 A little over three months after it launched into Steam Early Access, Everspace 2 will get its first major content update. The update, titled Union: Contracts/Hinterland, will release on April 28. It is the first of three planned for release in 2021. Union: Contracts/Hinterland introduces new mission types, a new companion, an additional boss encounter in the campaign story, another enemy sub-faction, and a new ship class.

The level cap of Everspace 2 has also been increased with the first major update to allow pilots to make use of additional perks. Plus, the game has received some balancing, the enemy AI has been improved, and the acquisition of drops and XP has been worked on.

As you would expect from early access, the Everspace 2 update also includes numerous improvements to the game. You can read the complete patch notes on the game’s Steam or Kickstarter pages. You can also check out the 2021 roadmap if you would like to see what Rockfish Games has planned for the year.

The Everspace 2 campaign story will continue when players encounter an ally from the past. Elek, an Outlaw ally from Everspace: Encounters, finds himself in an awkward situation. You will need to venture deep underground and battle with a new corrosive enemy, the Cave Crawlers, to rescue him.

Once you’ve successfully saved Elek, he will provide you with clues about the next steps in the main story. Additionally, you will also be able to call upon his piloting skills as a wingman through a new perk tree. As you continue the story, you will be sent on new pursuit missions, and be challenged with new puzzles.

One of the most exciting things about the Everspace 2 update is the new ship class. Players will be able to hop in the cockpit of a Heavy-class Bomber. This ship is an offensive powerhouse with a virtually unlimited supply of missiles and mines. The Bomber’s secondary weapons use energy instead of ammunition. Plus, it can be upgraded to regenerate the hull when dealing damage. The Bomber’s Ultimate ability fires an infamous ARC-9000. It was a secondary in the first game but returns as a devasting Ultimate for Everspace 2. The ability fires a massive ball of destruction that will deal damage to any ship in the vicinity. It explodes on impact. So, be careful where you point it.

As for the new boss encounter coming to Everspace 2 with Union: Contracts/Hinterland, some of you might be familiar with the Ancient Warden. It’s a fiendishly difficult foe that uses hyperbolic long-range attacks that will damage you even if you’re behind cover. Plus, it will teleport to safety when receiving too much damage. However, all is not lost. The Ancient Warden is vulnerable to high energy damage. So, make sure you have the right weapons equipped. You’ll need to fly at your best to avoid its attacks. We’re told the Ancient Warden’s final combat phase is going to be a serious challenge in the close confines of a cave.

Everspace 2 is currently in Steam Early Access and you can purchase it for PC through Steam or GOG. You can also still support the development of the game through Kickstarter. If you’d like some more information about the space-based looter shooter, you can read our impression here.

Official Fall Guys toys and collectables are in production