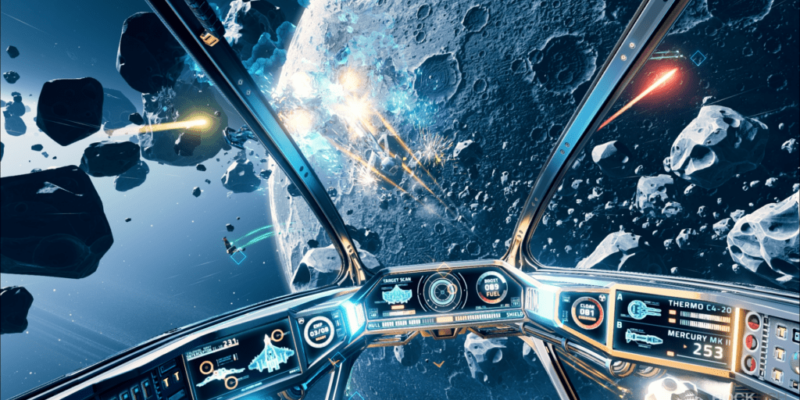 Rockfish’s rogue-like action space title Everspace has been fund raising on Kickstarter for a few weeks now and there’s still a couple more to go. The developer is now closing in on their goal of €225,000 having raised €199,603 so far. Good news indeed.

A new developer blog video has been posted by the team which explains the “core game loop” and how the rogue-like elements fit into the gameplay. The video demonstrates how players will navigate through the systems to reach the end-goal starting with a basic ship.

As each sector is visited resources will need to be collected while fending off attackers by equipping better weapons and improving the ship through blueprints. On death you return to the hangar but keep blueprints and credits before undertaking another run. The idea is to make another attempt but this time with more knowledge and better equipment to play with. The difference on the next run being that the system map will have changed so no run should end up being the same.

What’s great about this game is that you will encounter characters that progress the story, but when you die and start another run, the narrative sticks so the story is always progressing. Rockfish even go as far as saying that death can be necessary to drive the story forward.

If you missed our recent Everspace preview give that a read and watch the new video below.

Battle of Jakku in Star Wars Battlefront – A First Look

Pillars of Eternity: The White March – Part 1 Review for PC