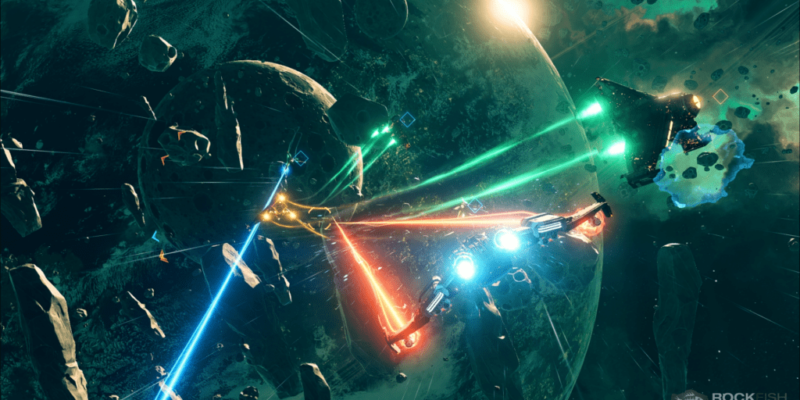 Rockfish are now in the final stretch for their rogue-like space title Everspace.

The team has so far raised just under 400K surpassing their goal of 225K which means they are almost at their third stretch goal of two extra player ships. Frustratingly the 550K is full HOTAS support which would be great to see added to the game but it’s unlikely to make it with under 24 hours to go.

In a new video added today, Rockfish show the game’s VR in action for the first time and it looks cracking, although would be even better with that elusive HOTAS support. Maybe they’ll be generous and add it eventually. The video also shows a pirate outpost attack mhich looks quite mental.

If you’ve not checked this out yet head to the Kickstarter page. It’s going to be made so you may as well familiarise yourself with it now.