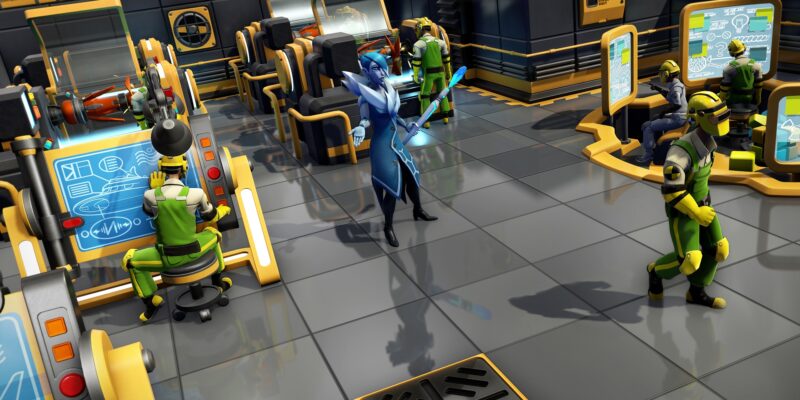 Before today, the strategy game Evil Genius 2: World Domination already featured quite a few DLC packs that players could purchase. Now, with the addition of yet another DLC pack in the form of the “Oceans Campaign Pack,” players of Evil Genius 2 have even more content to sink their teeth into. Although this DLC pack does not involve another crossover as the Team Fortress 2 and Portal packs did, it nonetheless boasts some substantial new additions, such as a new Genius named Polar and an accompanying story campaign.

According to the Steam page, the “Oceans Campaign Pack” allows players to build up their operations in a brand new Arctic Lair, and they can command the new Engineer minions to do their bidding. Additionally, players have a new Doomsday device to make use of, and they can “go under the radar and explore the 5 Oceans for sinister new schemes.”

There are no villains without heroes

However, players can expect to face some obstacles while pursuing their ambitions. A newly implemented temperature system threatens to disrupt the productivity of players’ loyal minions, so they will need to keep them warm to ensure maximum efficiency. Players also have to contend with the Forces of Justice, which include “do-gooder divers” and a brand new Super Agent. The addition of the Super Agent may be more of a help than a hindrance in the long run, however, as you can recruit it as a Henchman if you take the right steps.

Those who have not touched Evil Genius 2 in a while may want to pick up the “Oceans Campaign Pack” and see if it renews their interest in the game. Potential buyers should take note of the price, though; whereas previous DLC packs cost around $5 USD at most, this new DLC costs $11.99 USD in total. Hopefully, the content included in the DLC will be well worth the value.

Back 4 Blood’s February update adds Stay Together option, balances for cards and weapons

Sifu beginner’s guide: Early tips to know before jumping into the fray