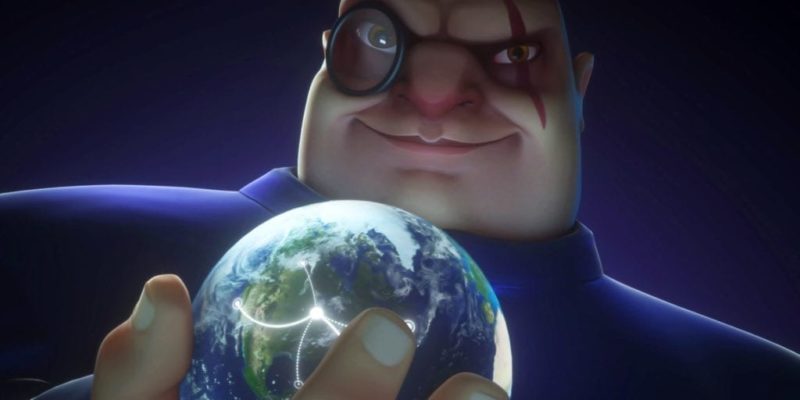 There’s no keeping a sinister mastermind down, and Rebellion is out to fulfill world domination fantasies with the development of Evil Genius 2: World Domination. The game will be a direct sequel to the 2004 Dungeon Keeper-like lair building game, which grew to become a cult classic, featuring all the yellow jumpsuit minions, henchmen, and traps aspiring world rulers could want. All players will need to do is keep things from falling apart while they work to build a doomsday device.

Building a secret base

One of the biggest differences Evil Genius 2 will have compared to the original game is that construction will be vertical, giving players full use of the excavated mountain that they’re using for secret bases. Of course, this means that floor plans tend to taper off the closer you get to the top, but that’s probably where the evil sanctuary and escape helicopter would be anyway. 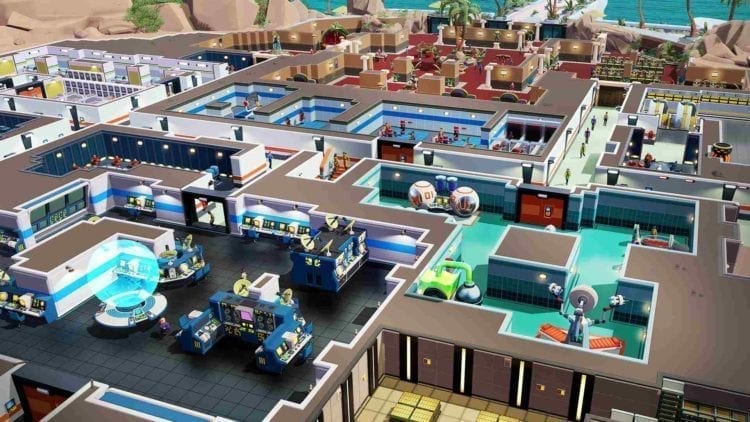 Players select from a number of tropical islands before laying down their bases, then get to the work of world domination. They will have to carefully plan out their bases and build up their forces before they can be taken seriously as evil masterminds. This includes cover operations, which means creating a legitimate-looking front, usually in the form of an island resort casino, to keep the Forces of Justice off your trail.

In a gameplay demo hosted by Rebellion, the cover operation took up a significant amount of space in the front section. Players will need to fully equip their casinos and man them with employees who will distract enemy spies and pull them away before they realize there’s more going on behind the scenes. Fortunately, the cover operation will bring in a bit of income, but they’ll pale in comparison to pulling off heists like stealing the crown jewels or the entire royal family.

In any case, making a name for yourself requires plenty of minions. Although these yellow-jumpsuited workers are capable of constructing and minimally running your base, they’re not much good for anything else. As in the previous game, you’ll need to train them in different specialties, which include scientists, guards, and valets. Guards use their brawn to enforce security and perform missions, while scientists develop new technologies and valets use their skills in deception to pull enemy spies away. 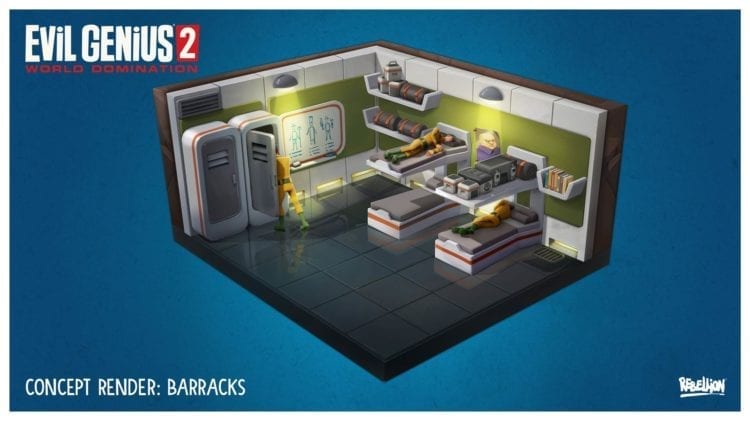 However, there are still a number of factors that come into play in Evil Genius 2. Each minion comes with individual traits such as laziness, which can be modified given the right training. In any case, yellow minions probably won’t be very effective against skilled spies. So, your staff will likely need a lot of work before they’re worthy of your plans. Developing a super serum to inject into them could work too.

The stat system is also returning. So, minions also need to be kept relatively happy, with stats such as intelligence, health, and morale to think about. Like in the first game, each room serves to fulfill specific needs like rest and food, but they won’t necessarily need to be walled off from each other. Players will be free to build multi-functional rooms to help conserve space.

Therefore, it might be possible to have the barracks / mess hall / video game lounge every minion has always dreamed of living in.

Aspiring Geniuses will never build up an army large enough to take on the Forces of Justice head on, so much of the work will go into building an elaborate security and trap network to thwart spies. However, some good henchmen can still go a long way.

Shoot them, you idiots!

One henchman revealed so far is Eli Barracuda Jr. If he’s anything like his father from the first game, then he should be excellent at getting headshots and stealing, but terrible at plotting plans. Players will have to rely on him and other henchmen to restrain, capture, or eliminate enemy operatives. Geniuses with brainwashing technology have a chance to turn some of these agents, or at least erase their memories so that they return home with nothing to report.

Additionally, Rebellion revealed two of the Genius playable characters. The first is Maximilian, the bald Dr. Evil-inspired leader who starred in the first game. The other is Red Ivan, who was a henchman in the first game but is now pursuing his own plans. Fans might recall Ivan’s penchant for blowing things up, whether they be friend or foe. Although it’s unlikely that he’ll be blowing up his own base, some of those volatile skills will almost certainly come into play.

The sequel will keep the 1960s “spy-fi” aesthetic from the first game, but with a more modernized retro-futuristic feel. Since the goal is to develop a superweapon to threaten the world with, that probably means there will be giant lasers and shark tanks, culminating into giant sharks with laser eyes – but that’s just a guess.

Players will have a chance to put their base planning skills to the test when Evil Genius 2 releases for the PC in 2020.

By Kevin Carignan19 hours ago
Previews