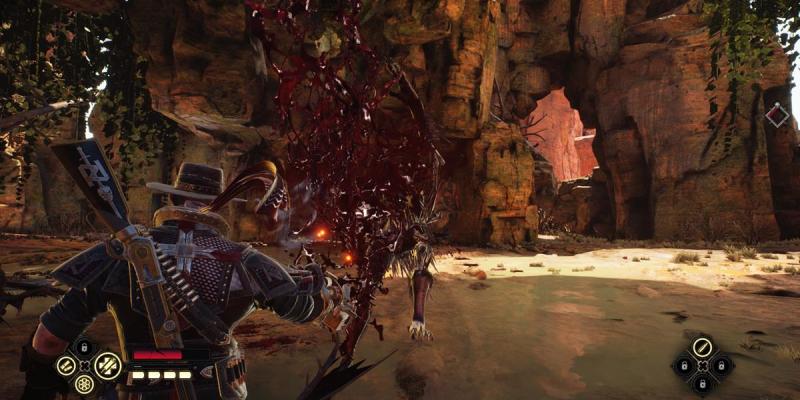 Evil West is a Western shooter filled with vicious vampires to slay, but don’t worry —  we’ve cooked up some quick tips to get you started. The game’s levels are mostly highly linear, but there are some things to keep in mind. Plus, the combat is more intricate than you probably imagined (which we get into more in our combat guide).

When in doubt, look up

It’s very difficult to get lost in Evil West, as most levels funnel you from one end to the other. But there are times where you might be at a loss as to how to proceed. If you don’t know how to move to the next area, look for glowing chains. If you find some chains that aren’t glowing, either there are enemies left in the area or you haven’t fulfilled the necessary conditions. If you see a chain stuck in the ground that isn’t glowing, just look directly up while aiming with your rifle or crossbow. If you see a bullseye icon, you’ll need to shoot this to drop a climbable chain down, which will let you access the next area.

Early on in Evil West, your gauntlet gains the ability to shock enemies. This works on any weak enemy, so don’t hesitate to dispatch of all of them with the electrified gauntlet. Your shock punches do more damage and enemies won’t fight back during the attack animation, so feel free to spam it at your leisure. Later, you can get a perk that lets you shock pull enemies in a group, which will help take the heat off you so that you don’t have to dodge as much while punching. Killing an enemy using this move will count as a finisher too, so they’ll drop health upon defeat. The move combines incredibly well with the upgrade or perk that gives you energy when killing enemies with the regular or electric finisher, as you can use your supercharge move more.

Most of the chests you find just have money in them, but a lot of them actually have upgrades or skins inside. If you look at the lore menu, you can see how much cash and how many special chests are in each level. These locked perks and upgrades will show as a chest in those respective menus, so they’re well worth hunting down even if you don’t care about grabbing every last dollar you find. 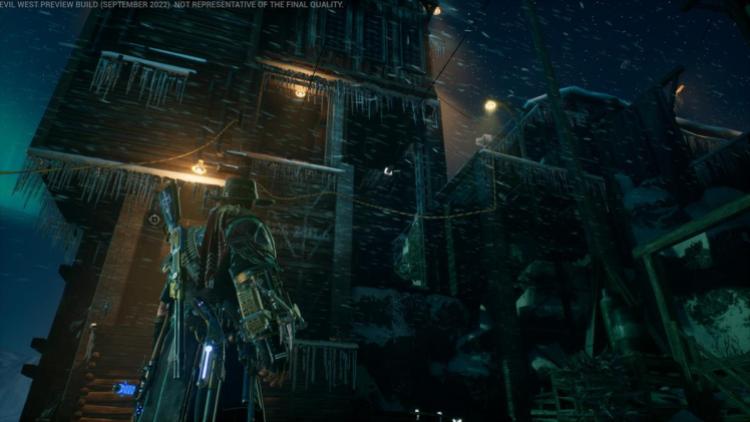 Cannonballing foes is great for damage

If you hold forward and uppercut an enemy, Jesse will not only uppercut them, but jumps up to send them flying. The game teaches you to use this move to damage a strong enemy early on. But it’s actually handy against any strong enemies, as you you’ll automatically target these while cannonballing weaker foes.

Keep an eye out for weak spots

Whenever a yellow circle appears on an enemy, they’re about to attack. If you shoot within the little circle, you’ll cancel the attack and often stun them a bit, which is a great opportunity to do some serious damage. Even bosses and stronger foes have these weak points, but you typically need to be quick.

Dodge until you can heal

You can freely heal using a skill in Evil West, but it has a cooldown. If you’re down to your last and your heal is cooling down, it’s not a bad idea to just spam your dodge while keeping away from enemies while waiting for the cooldown to end. Why get sent back to a checkpoint when you can just be patient? This might seem a little cowardly, but it’s better than being dead. 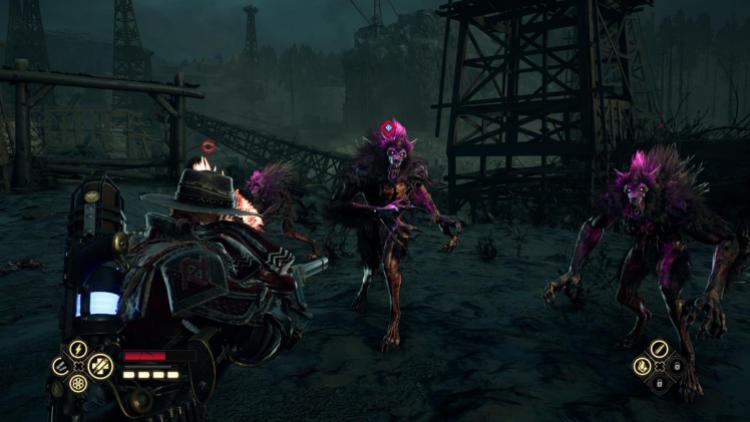 Remember to use weapon skills

Next on our list of Evil West tips is weapon skills. The scorcher, explosive bundles, shotgun, and Rentier Gatling gun are all used on cooldowns, so there’s no point in them sitting around unused. The cooldowns aren’t that long, so make sure you use them on stronger enemies whenever they’re available. They do a decent chunk of damage, so there’s no reason to not take advantage of them.

Use the crossbow on exploding enemies

On occasion, Evil West will throw hordes of exploding foes your way. One shot from your rifle or crossbow will cause them to immediately detonate. But the crossbow has way more shots and a faster rate of fire, so you should switch to it whenever these buggers show up. There are usually more than four of them at a time, so using the crossbow will force you to scramble once you hit the inevitable reload.

Some bosses have checkpoints

Some of the longer, multi-phase boss battles will checkpoint for each third of their health bar you deplete, so don’t worry about having to start them again from the beginning if you fail. Granted, this doesn’t apply to what’s probably the game’s hardest boss. But the final two battles are fairly lengthy, so you can just use checkpoints when you need them in lieu of feeling like you have to do them in one go. 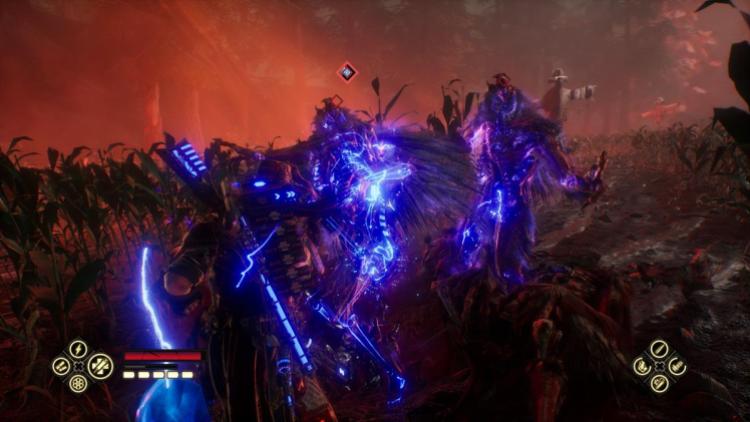 That’s it for our Evil West tips. In the end, the best advice I can give is to keep shooting. Everything will die eventually, even if you’re up against three mini-bosses that heal themselves simultaneously.

By Andrew Farrell10 mins ago
Tech

By Andrew Farrell20 mins ago
Reviews