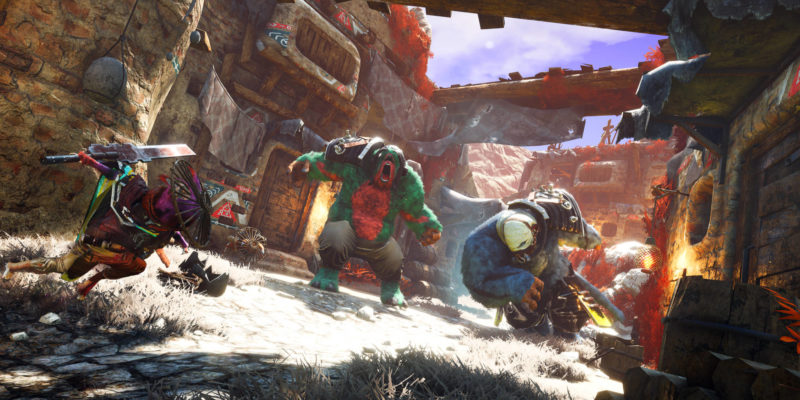 In August 2017, a post-apocalyptic open-world RPG called Biomutant was announced. However, updates on the game had stopped since last August and many fans were concerned about its fate. Fortunately, developer Experiment 101 today confirmed via Twitter that Biomutant is still in active development.

Concerns over the RPG being canceled can finally be laid to rest. Whilst Experiment 101 still aren’t in a position to announce a formal release date, just knowing that the game is still being worked on will be enough for many.

The tweet goes into detail about exactly what stage Biomutant is at. Simply, the development team is working on trying to make it the “best game,” they have ever made. Of course, this requires time and patience as video games can be enormous projects to take on and finish.

Biomutant, in particular, is going to be a huge game. Experiment 101 emphasizes Biomutant’s “sheer magnitude, size, and length,” giving fans a rough idea of what they can expect. A confirmed release date won’t be announced until Experiment 101 is confident in the product. For the time being, all fans can do is wait patiently.

A couple of years ago, an alpha gameplay teaser was released. If it’s anything to go by, Biomutant seems reminiscent of The Legend of Zelda: Breath of the Wild. It’s a sentiment studio head Stefan Ljungqvist apparently agrees with, as he also made the comparison in an interview with IGN a few years back.

Even if it frustrates some fans, there’s no doubt that delaying a game can be highly beneficial. Rockstar Games’ hit detective thriller L.A Noire was being developed way back in 2004. It was delayed countless times before its eventual release in 2011. The wait ended up being worth it as fans and critics alike both loved it, hence the favorable Metacritic score today. Perhaps Experiment 101’s delaying Biomutant could turn out just as well.