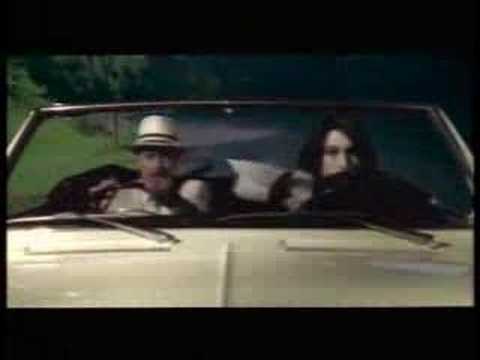 Lap One: The grid. That’s where F1 2013 truly starts. Qualification orders the contenders, but the race will make them.

My name is Bruno PuntzJones. I’m a full-time Formula One racer and erstwhile Kids in the Hall sketch character. One month ago I was plucked from obscurity and dropped behind a wheel. Back then, I could barely make it around a corner. My tyres were so familiar with grass and gravel they could’ve opened a freelance gardening business. Frankly, I thought KERS was just a collective noun for a group of uncouth gentlemen.

That’s me. In a typically high-flying position.

Lap Three: On reflection, that was a terrible pun and I apologise. It’s hard to concentrate on wordplay when you’re travelling at 180mph in the rain. I’m actually not even that good, but thanks to F1 2013‘s “Young Driver Test” course I can at least put my racing gloves on the right way around and identify a racing line.

Still, baby steps. Baby … accelerations. Whatever. First you learn to stay on the course, then you try to perfect it.

Lap Four: Sure, you can use all manner of driving “assists” as a crutch to get you round. But if you want to shave off every last portion of every single second on each individual lap, you need to understand the feel of your car. Manual gear changes. The right tyre and downforce set-up for the conditions. Knowing when your engine and tyres will flip from shrieking like they’re about to leap off your chassis to actually sending you into a skid.

Even without the green guiding line, this bit of track is pretty easy to handle.

Lap Nine: F1 2013 provides as little or as much instruction on this craft as you desire, and doesn’t really mind how you spend your time honing the finer elements of control. I got to know my car over several romantic drives around exotic scenery as far afield as Korea, Monaco and Brazil. It was a blur. A whirlwind tryst of curving, winding asphalt. Vehicle and driver joined as one through a haze of time trials and ‘time attack’ races. Hands caressing the steering wheel as we climbed and dipped through … I’m sorry, my cockpit is getting a little steamed up here.

Lap Fifteen: To my cost, I know that love will only take you so far. Across a season, across a career, rivalries come and go. But there are always rivals. Jostling you at corners. Cutting you off on the chicane. Formalised by rivalry or not, sometimes it seems as if all of the drivers are out to get you. F1 2013 has a punitive penalties system that can’t always distinguish between a cheat who has blatantly cut a corner and a driver who has been rammed by an opponent but gets a ‘collision’ time penalty anyway. Mind you, it’s been my experience that human drivers can behave in much the same way.

Can’t we just hug it out?

Lap Nineteen: Do you believe in magic? I do. The dark and mysterious deities of Formula One, the old ones known only as Ecclestonians, have granted me fearsome powers of time control. With a blink of willpower I can rewind events and correct mistakes. Retake a corner. Avoid a psychotic AI driver. Except that one doesn’t always work because the penalty often doesn’t display until the window for triggering a Flashback has expired. Still, I am quite the wizard of the track.

Lap Twenty-One: Whisper it softly, but I can even use my powers to go further back. Right back to the 1980s. I’m not strong enough to maintain the rift long enough to live out a full career there, but it’s possible for me to possess the bodies, souls and cars of past Formula One greats. You think I’m crazy? I’ve seen the 1988 Lotus 100T go head to head with the 1980 Williams FW07B on any modern track you care to mention. I can trace the shape of Brands Hatch without even thinking. Or the devilish hairpins of Jerez.

I’d give you more examples but those are the only retro tracks I can reach without blacking out and waking up with the words ‘F1 2013 DLC’ tattooed on my forehead and the taste of blood in my mouth.

Lap Twenty-Two: I should probably watch the road more closely when that happens.

Ok, which one of you jokers glued Smarties all over my steering wheel?

Lap Twenty-Seven: Speed. Speed speed speed. No matter where or how you race, once you’ve found the perfect line and traction F1 2013 will sling you around corners with a grace that’s always teetering on the edge of disaster. Deviate too far and you’d better prepare for a handshake with Mr. Gravel Pit or an urgent meeting with Ms. Advertising Hoarding. Bottling out with your breaks risks, at best, losing time. More often than not you’d be heading for a damaging skid. Unscheduled pit stops are costly, so avoid them where possible.

Lap Thirty-Four: Maybe you’re different from me. Maybe F1 2013 isn’t your first trip around wonky oval in a fancy motorised rollerskate. You’re a veteran of this series. A legend of the track who already beat the best Codemasters had to throw at you. You won’t find any structural difference to the Seasons mode, with its five lap, ten course championship that can fit snuggly into an evening or two. Nor will the Career mode startle you with any new features. Scenarios have been expanded though, encompassing a progression of rapid race set-ups from rookie to Championship winner.

Each one pops you into a mid-race situation (recover after a poor pit stop, say) and ranks you according to how you perform. They’re diverting and inventive, but not really a feature to justify a purchase on their own.

Lap Thirty-Nine: F1 2013 taught me how to drive. Me, a person who could barely pick a Formula One driver out of a line-up even if he was spraying champagne around like a lunatic. It made me care about racing lines, and track memorisation and instilled within me a deep and residual fear of puddles. That’s quite a feat.

But there’s a part of me that wishes I had more insight to share about comparisons with prior games in the series. If you’re an F1 series veteran, a handful of classic cars and some expanded scenarios may not be enough. Handling, by its own terminology, is a hands-on affair. To me, a complete neophyte, it felt right. To someone else, who knows? It’s a shame Codemasters seem so resistant to demos these days.

With F1 2013 you’re getting a game as slick and shiny as a wet Grand Prix surface, but it may be one you find somewhat familiar.

Lap Forty: Speaking of wet surfaces, I should probably pay attention to where I’m drivi

Back from banishment: Warlock 2: The Exiled coming in Spring