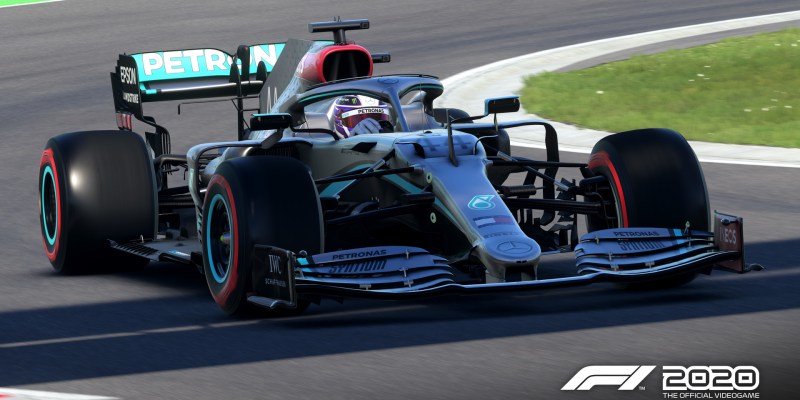 Very few games can manage to wow me on my first playthrough, especially those from franchises or genres that I’ve hardly become familiar with, and yet F1 2020 managed to do just that. The latest iteration of Codemasters’ premier Formula One racing franchise comes out ahead at full speed, exceeding my expectations as a newcomer. Here’s our official review.

Note: For an in-depth look at the graphics, performance benchmark, and other settings, you can check out our F1 2020 technical review.

For the longest time, I’ve veered away from the racing genre. Sure, I had a few go-arounds with the occasional Need for Speed, Forza Horizon, Gran Turismo, and, yes, everyone’s favorite, Mario Kart. Sadly, more often than not, there was very little that kept me engaged for longer periods.

As someone who lives in the Philippines, there was no inclination to be interested in the world of FIA’s Formula One motorsports. “Why be interested in competitive car racing?” is a common enough question I’d wonder out loud while stuck in Manila’s heavy traffic.

So it was, with an open mind — and a lot of trepidation — that I approached F1 2020. Not having played a single game in the series, I didn’t know what to expect.

What I understood was that, unlike most other racing games, Codemasters’ F1 game series has all the realism and simulation details that would put other competitors to shame. Likewise, it presented challenges that would be daunting for anyone just getting behind the wheel, where the other drivers will punish you for your mistakes. 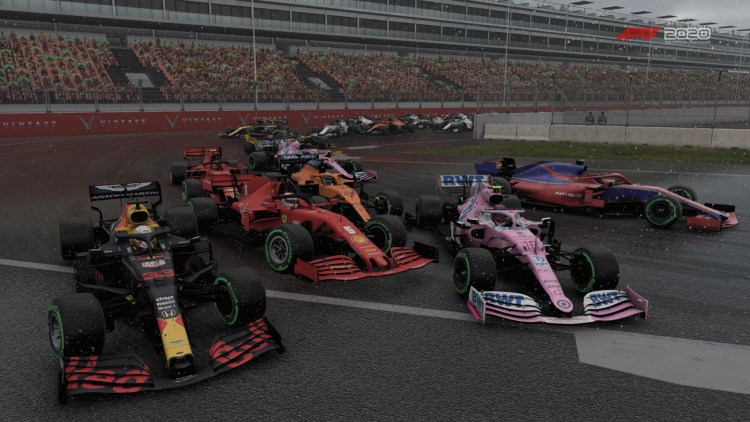 On the road again

It was those concerns that nagged me at the back of my mind. Having mostly tried “arcadey” controls and gameplay from certain titles, I knew F1 2020‘s souped-up vehicles and systems would be hard to master. I realized that as soon as I checked the tutorial tooltips and settings. “Daunting” would be an understatement — I genuinely thought I needed to enroll in engineering classes.

My first couple of races ended in abject failure when I kept losing control of my car and crashing into barriers (thanks, Hanoi). “Oh, wait, doesn’t brake + accelerate make you do a power slide?” I even wondered as my car kept spinning on the grassy fields.

I also got a few penalties from “cutting corners” and “illegal overtaking.” Growing up seeing “barubal” and “kaskasero” drivers, it took a while to discern how strict rule enforcers looked at overtaking another car in Formula One. 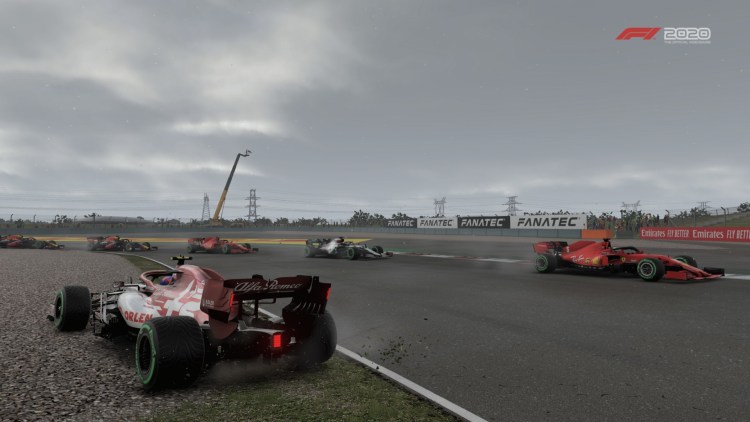 Formula One: Learning curves and learning the curves

Then, I started to check out a multitude of assist options. One lets you switch between “Standard” and “Casual” (the latter has only a select few tweaks that you need to consider). Others, meanwhile, allow the AI to guide you whenever you’re making pit stops, turning corners, shifting gears, activating the Drag Reduction System (DRS), and more.

Of course, I would be remiss not to mention the F1 series’ other nifty features: 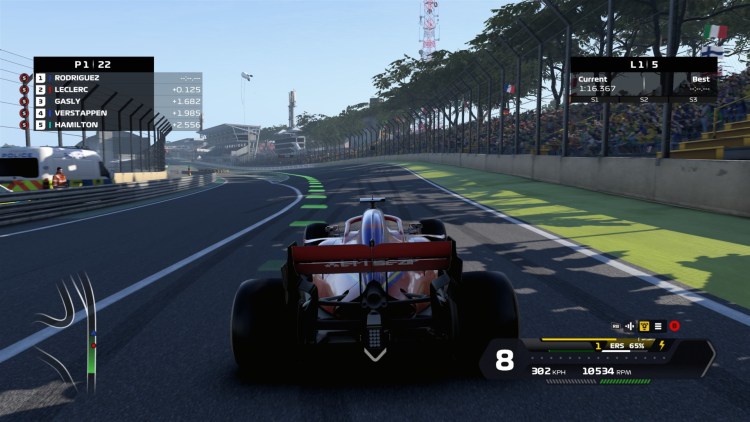 Putting on those training wheels.

All of these are present in F1 2020 and I am absolutely thankful for their inclusion. Not only was I able to get used to the tracks and the controls, but, in a short while, I found myself disabling some of the assists so I could get a better feel of the gameplay.

I kept at it, pushing myself to increase the difficulty and beat the top drivers in the world. I was finally enjoying a sim-racing game, first by making it more “arcadey” and accessible, and then fine-tuning it to my liking. It was as though every lap and circuit became a learning experience. That was how F1 2020 went from daunting/”I am never going to play this again,” to spectacular/”I can’t wait for the next race weekend!” 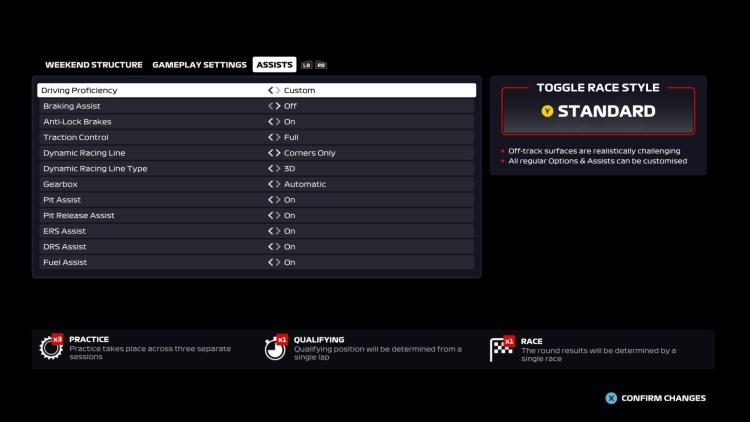 Multiple assists and other settings in F1 2020 let you customize the difficulty and how much hand-holding the AI does, at least until you’re ready to succeed on pure talent and reflexes.

These features would be all for naught if the game didn’t present anything else besides a few Grand Prix weekends or time trial races. Fortunately, F1 2020 provides a couple of “season-type” modes you’ve come to expect from other sports titles. The first is the all-new My Team mode.

In My Team, you’re both the driver and team owner. You get to do the following as well: 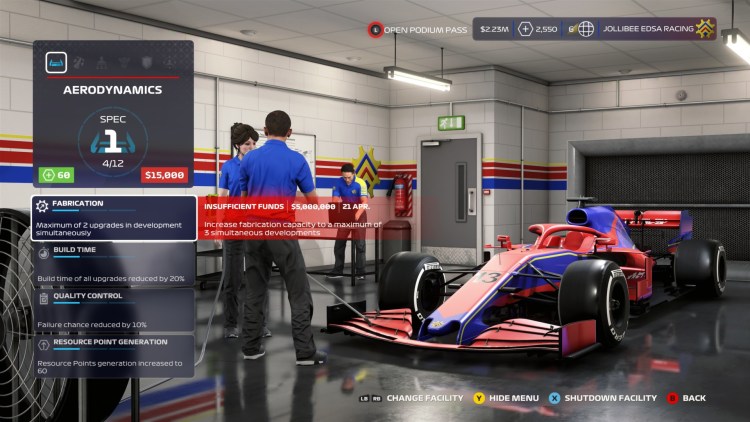 Wow, the nearby Petron looks so different now.

The above “management sim” concepts are something I’ve gotten used to from previous sports titles such as NBA 2K, WWE 2K, and the FIFA franchise. Naturally, seeing them in F1 2020 was a treat.

The main downside, sadly, is that F1 2020‘s My Team mode itself doesn’t feel fully fleshed out. For instance, your teammate doesn’t necessarily have additional interactions with you. Most of your interactions are with reporters. It does become a little repetitious whenever you’re asked the same types of questions after a few races (ie. “What do you think about the team/teammate/car/track?”) without necessarily considering your overall progression or decisions. It just feels a little tacked on, at times, as you try to progress through each weekend. 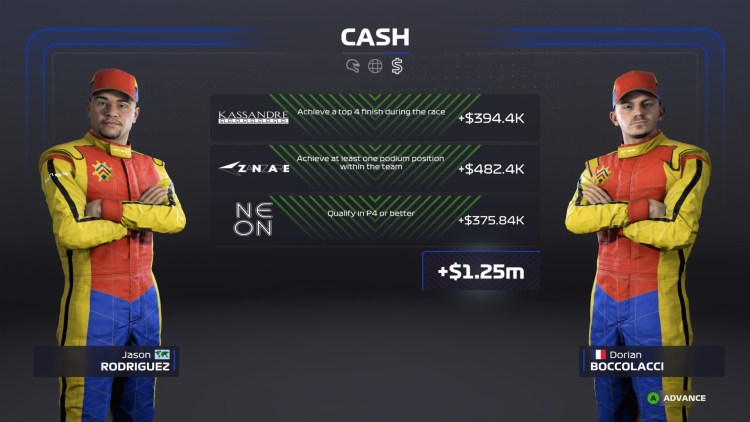 Of course, I’d pick the most Filipino-looking character. Dorian, meanwhile, was one of the available drivers who could join my fledgling team.

Last I heard, F1 2019‘s Driver Career mode included a short trip to Formula 2 to meet other young up-and-comers just before you hit Formula One’s big leagues. Don’t worry because this year’s offering also has that (even a full F2 season if you prefer).

That’s fine and all, but, when looking at what F1 2020‘s My Team mode has this year, its Driver Career feature seemed a little too barebones. Without the corporate structure as a team owner, you’re looking at vehicular upgrades and acclaim bonuses/perks. In effect, Driver Career mode is just a more simplified means of completing a season without really any narrative hook behind it.

Note: I wasn’t able to try out the multiplayer content while reviewing the game. 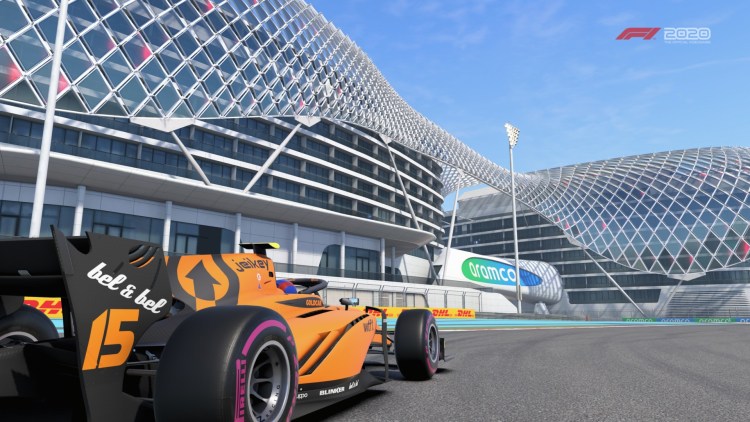 Am I racing in the Abu Dhabi Grand Prix, or am I about to park in SM Mall of Asia?

You might think that the above criticisms have soured my opinion on F1 2020. Well, they did dampen the mood ever so slightly. The good news is that you could still just start a Grand Prix, or keep playing either the My Team or Driver Career modes when you’d like. Even local split-screen is available if you want to enjoy the game with family and friends.

Additionally, as mentioned in our technical review, there’s a lot to praise when it comes to F1 2020‘s graphical fidelity. The visuals are sharp, the cars look sleek, and the scenic backdrops will leave you in awe. Meanwhile, the audio, minus the rare hiccup, blasts you with the applause from the crowd, tire screeches, and non-stop engine roars. The extreme downpour in Singapore would leave you feeling drenched as you try to hit a corner’s apex, and, at one point in time, I actually lost a race while marveling at Austria’s mountains. I can’t stress enough how F1 2020 immersed me while behind the driving wheel. 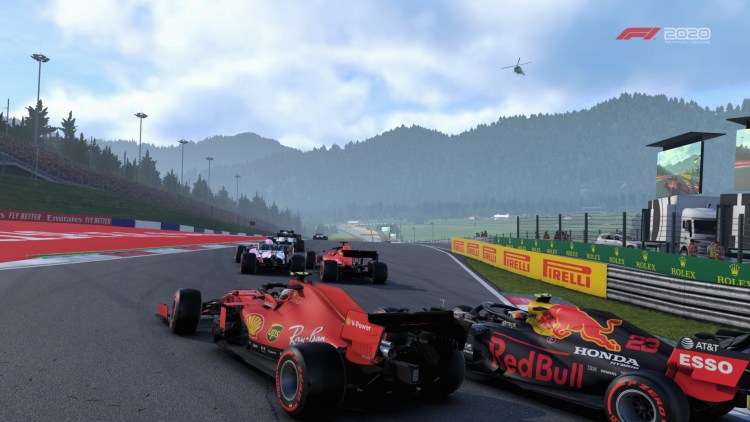 I just thought “wow” and then lost the lead a split-second later.

Race events in F1 2020 have been quite satisfying and challenging. I started out as a total rookie who had to relearn the ropes, yet all the concepts and mechanics were there to help fine-tune my playstyle, customize my vehicles and seasons, and improve my capabilities. It’s easy to pick up and play, but very hard to master (an ideal training ground for aficionados).

From overtaking Lewis Hamilton in Hungaroring’s final turn to both Ferrari drivers Sebastian Vettel and Charles Leclerc colliding as they attempted to overtake my Alfa Romeo (I did have to use the flashback feature since I ended up crashing as well) — each Formula One competition led to unforgettable and tense moments. 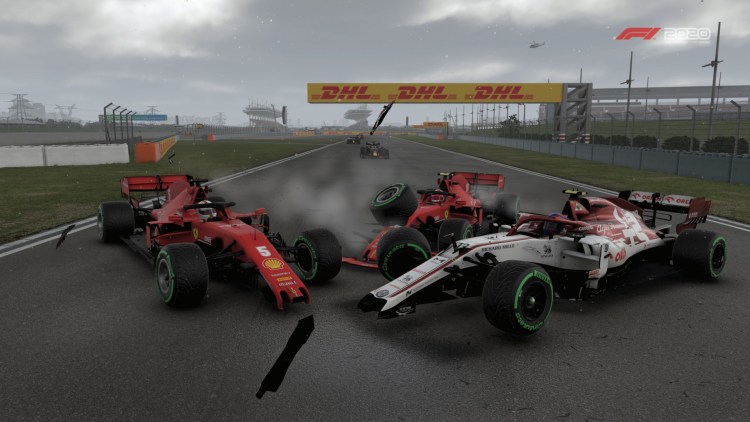 Everything is a lesson until you reach first place in this pinnacle of motorsports racing — a technical masterclass, and a marvel in its own right thanks to realistic simulation settings. Without a doubt, F1 2020‘s features and quality rekindled my interest in an entire genre in a way I never thought possible. 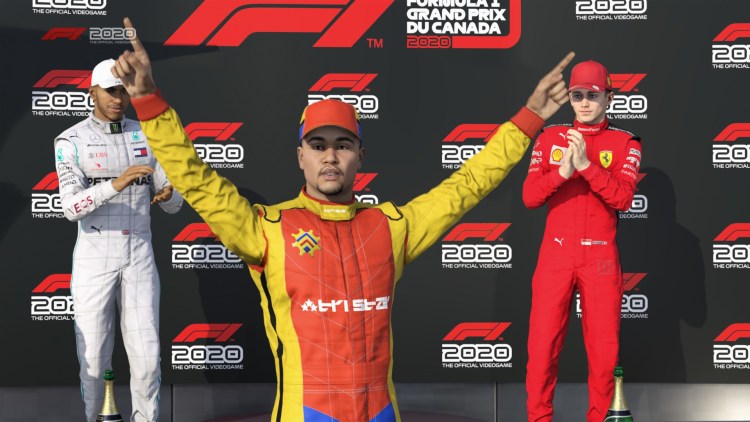 F1 2020′s standard edition releases via Steam on July 10, and you can purchase it for $59.99. Those who purchase the Deluxe Schumacher Edition for $69.99, meanwhile, can start playing on July 7.

For an in-depth look at the graphics, performance benchmark, and other settings, you can check out our F1 2020 technical review.

The newest iteration of the Formula One game series.
9

F1 2020 feels daunting for first-timers, but it lets you learn and adapt as you continue to progress and challenge yourself. Barring a few downsides with its My Team and Driver Career modes, it remains a true marvel in the sim-racing genre where every competition is nail-bitingly fierce and exciting.

By Martynas Klimas21 hours ago
Reviews