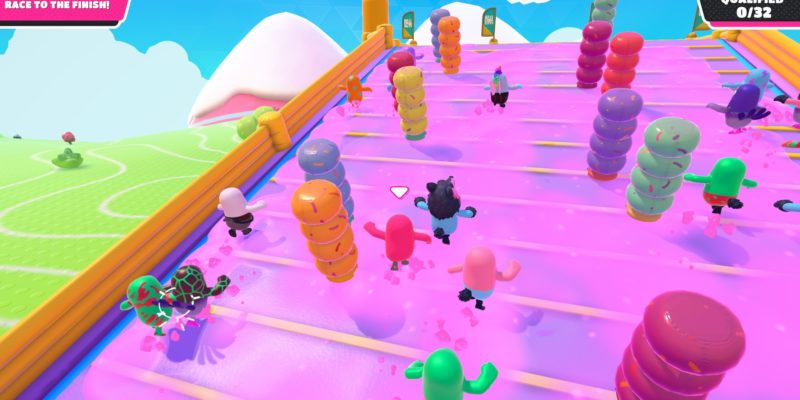 I do not like battle royale. I do not like them with a pal. I do not like to shoot and hide; the stress is real, my eyes too wide. But I do like game shows and flash. I think they’re worth a bit of cash. So I tried this one out for size; this game is fun, it’s called Fall Guys.

Don’t worry, this whole piece won’t be in rhyme. I’d love to, yes, but there’s no time. Instead, I’ll tell you straight and true. Wait, I’m still rhyming, now what to do? This couplet here shall be my last, then I’ll tell how I lost so fast.

Fall Guys, in the event you didn’t bother to try and parse my infantile opening screed, is a battle royale game — of sorts. You and 59 others compete with each other a la Wipeout or other such zany game shows (like MXC). Your goal is to survive five rounds and grab the crown at the end. While the game is extremely cute, bright, and colorful, don’t expect it to be easy. It’s mostly a platformer, after all, and the stages won’t hesitate to slap the crap out of you. 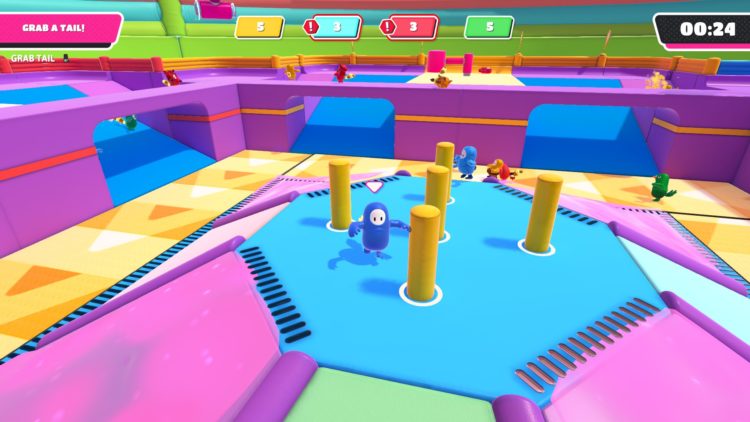 Most of the rounds that I saw are races. You join the rest of the contestants in making a beeline for the finish line. Sorry. But there are opening and closing gates to bypass. Tricky, spinning platforms to leap from. Spinning nerf windmills of doom that will bounce you around like a pinball. Your character, whose color and accessories can be swapped and customized, has a bit of weight to them.

You mostly just run forward and jump, but you can also do a dive in mid-air and latch onto competitors. It’s easy to slip and other players can push you off if they feel like. And I’m sure they will. Fall Guys is pretty tough — if you don’t pay attention, you’re going to get eliminated. And that goes double for the game’s other styles of play.

Other round types I saw included one where certain contestants start with a tail. If you want to survive the round, you need to be wearing said tail when the timer finishes. If you’re not, you’re disqualified. But everyone is constantly running around and stealing each other’s tails. I had mine on, only for it to get stolen at the last second. The pain was real. 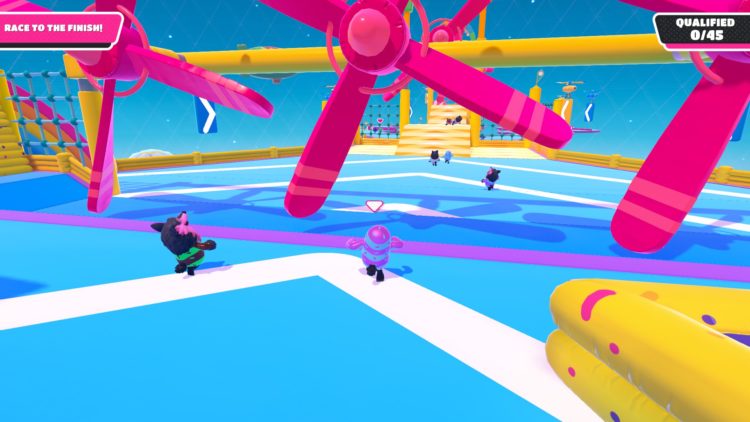 Then there was a round where you had to add a pink cloud to other players. I only saw this one once and am not sure what I was supposed to be doing. I played every round with our EIC and he too wasn’t sure how this one worked. Suffice to say, neither of us made it through that one.

My favorite of the non-races that I saw was one where you’re simply meant to be one of the last ones standing while precariously moving between different rotating platforms. You fall off once and you lose. It was pretty rad. If you’re able to survive to round five, you can then race to a crown at the end. The first to touch the crown is the winner. Everyone else has to eat crow. The other ending scenario I saw tasked me and a few others with surviving on falling platforms while bars spun around to knock us off.

I’ve fallen and I can get up

I’m rather impressed by Fall Guys so far. It’s challenging, wacky, and enjoyable. It enters full release in just over a week, so we’ll have more to say when the time comes. Now, if you’ll excuse me, I need to fall off some platforms dozens of times. 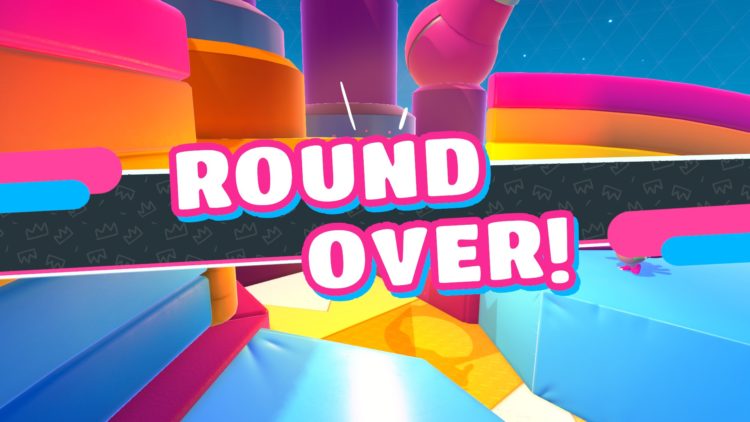 2B from Nier: Automata flips into Fall Guys later this month