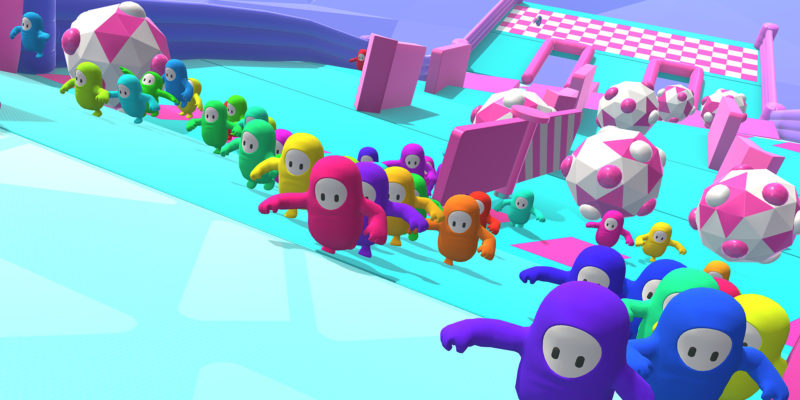 After a successful launch week, the developers are ready to deliver the first decisive Fall Guys update. The game will receive a new level and bug fixes. The changes are set to be released on August 12. Fall Guys fans may recognize the new level as it was in the beta. However, it will now be added to the full game. A clip demonstrating Jump Showdown has been uploaded to the Fall Guys Twitter page. Following this, a thread of bug fixes gives you a look into what problems will be resolved.

Similar to Jump Club, Jump Showdown requires players to stay on a platform while two spinning beams attempt to sweep them off. Jump Showdown has been described as a ‘fan-favorite from the beta.’ This game mode gets more difficult as it progresses, with the beams getting faster the longer you survive. At the same time, sections of the platform begin to break away, too.

A variety of bug issues are getting addressed in the first Fall Guys update. In terms of gameplay, the weighting for Royal Fumble has been lowered. Additionally, there will be a fix for collisions in Block Party, which currently allows players to bypass blocks, plus a fix for a physics issue. Players should also expect a fix for a crash at the launch screen and to see a resolution for the big tease achievement which is not unlocking in some regions. On PC, an issue for certain game controller models not being detected will also be resolved. 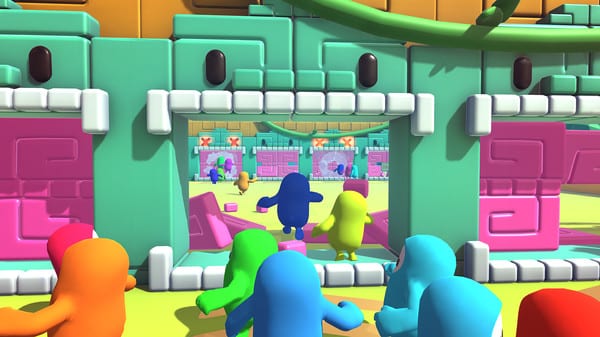 Since the game launched, there have been multiple reports of cheating. The update that will be rolled out tomorrow does not mention a fix for this. The tweet also states that more new levels are on the agenda. Mediatonic also has plans for additional new features and costumes. It will be interesting to see what new content will be added to Fall Guys as the game progresses.