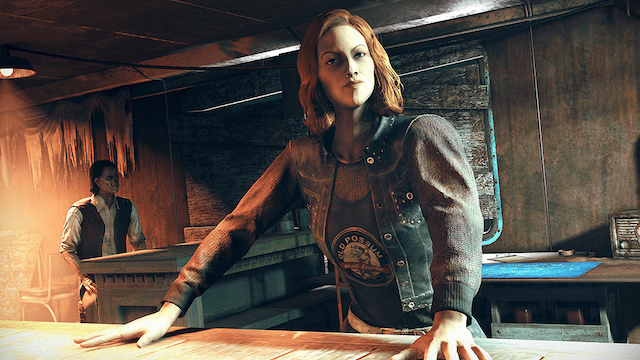 While things look a little turbulent now with Fallout 76‘s premium membership, the game is about to change for the better. Bethesda has finally provided a release date for its Wastelanders expansion, along with news that the game will debut on Steam. They’re both set to arrive this April.

What’s in store for Wastelanders?

The trailer below does a pretty great job summing up what all is on the way with the new update. But here’s the lowdown on what players can expect.

First off, there’s a new main quest, along with the revamping of the game’s original quest. Wastelanders will have players explore the secrets of West Virginia, either on their own or with others in co-op. They’ll leave Vault 76 and deal with a number of new non-playable characters, all while accepting new missions and taking on enemies. Players can decide whether to make new friends or foes with these characters, depending on their actions.

In addition, some new creatures will enter the fray. However, players that take them on can earn even more high-tier weapons and armor for their collection. They’ll also be able to guide their destiny however they see fit, with a number of classic dialogue trees. Your reputation will also be at stake, with a new system that shows just how good — or bad — you really are.

The update will be free of charge to all players that own Fallout 76, whether you have a premium membership or not.

Wastelanders will have bundles available for purchase for those that want them, though. These include a loaded Raider Content Bundle, as well as a Settler Content Bundle and a combination of the two. It’s totally up to you if you want to purchase them or not. More information on what’s included with the bundles is available here.

Prepare yourself for Fallout 76‘s latest arrival — as well as its Steam release — on April 7.