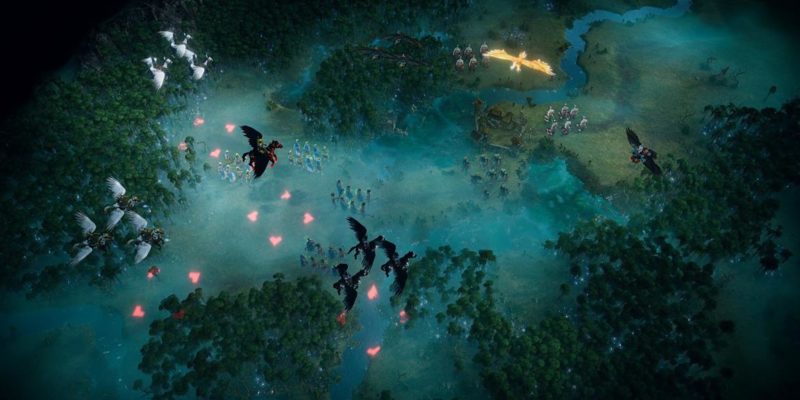 I reviewed Fantasy General 2 last September. Although I found the base game somewhat entertaining and challenging, it also became downright tedious as you played through the Invasion campaign. Now, developer Owned by Gravity tries to give Fantasy General 2 some much-needed love via its first DLC, Onslaught, which adds several flying units and a new game mode. 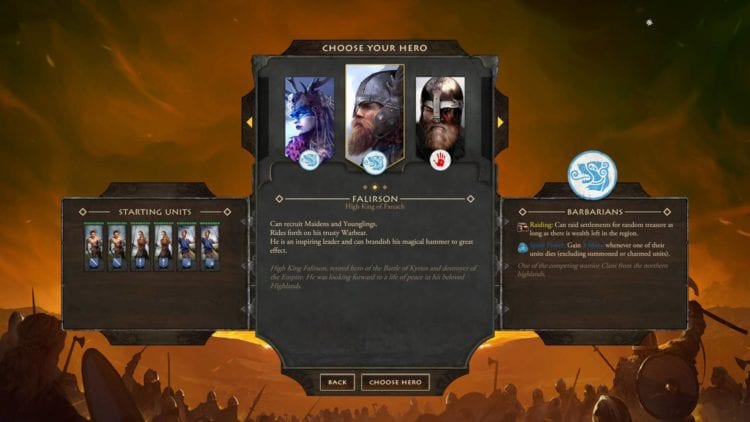 The main draw of Fantasy General 2: Onslaught is, well, Onslaught Mode and its lone scenario called “Amulet of Power.” You can choose from three characters (including the main protagonist from the original campaign). Your chosen leader will also be limited in the types of units they can recruit and field.

After selecting a hero to lead your forces, you’ll be tasked with finding the Book of Krell. There’s not much of a story here and you’re free to ignore the narrative. However, do pay attention to obtainable items or resources depending on each chapter’s mission that you choose. 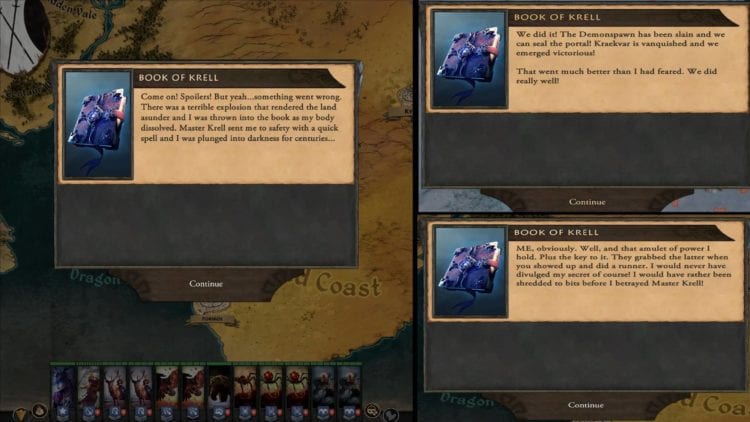 Although Onslaught Mode is touted as having 30 procedurally-generated maps, you’ll have mostly gotten used to tilesets if you’ve played Fantasy General 2‘s original campaign. Likewise, the main differences I’ve noticed came in the form of mission rewards. For instance, choosing to “land in the south” during the first chapter may provide you with different types of selectable artifacts. You can see a comparison in the image below from two playthroughs:

Most Onslaught Mode objectives will simply require your main hero to reach the opposite end of the map. Some chapters even have only one mission (closely tied to the Book of Krell quest), and even the finale plays out similarly regardless of the choices you’ve made. 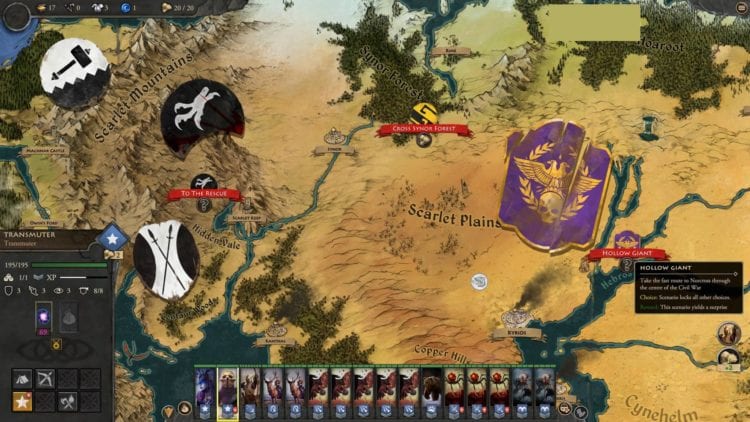 Unfortunately, the same misgivings I mentioned in Fantasy General 2‘s Invasion campaign also remain present in Onslaught. Battles can be a slog to get through at times even with enemy scaling disabled. Consider the fact that the game’s idea of a challenge is to throw waves of hostiles to overwhelm you (especially during the final battle), then each playthrough becomes tedious and repetitive to a fault.

There’s also the distinct lack of certain upgrade materials (such as liquid mana). You’ll find yourself going through the motions, regrettably not experiencing everything the Onslaught DLC could offer especially when it comes to flying units. 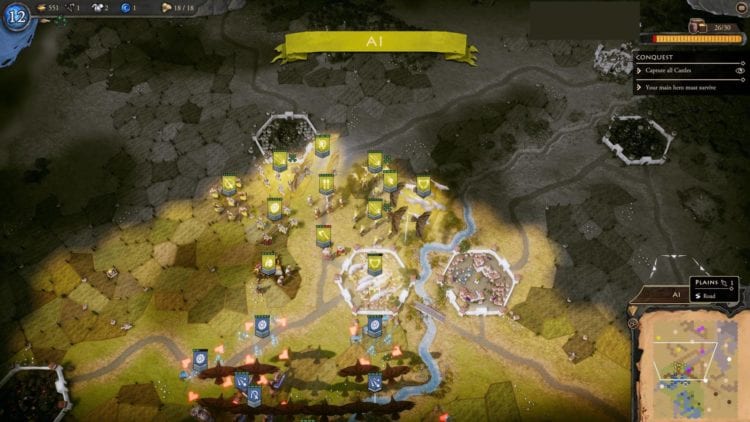 Fly me to the moon

That naturally leads us to discuss Fantasy General 2: Onslaught‘s flying units. There are 13 of these in total. However, a vast majority come from the giant eagle unit’s upgrade path. These include the eagle slinger team (aerial missile cav), monster hunters (aerial melee cav), firebird (aerial magic beast), and my new favorites, the eagle bombers/fire bombers (aerial bomber cav).

The way these eagle bombers work is similar to that of skirmish units; they attack ground units before going back to their original spot. They also complement the barbarian roster fairly well. 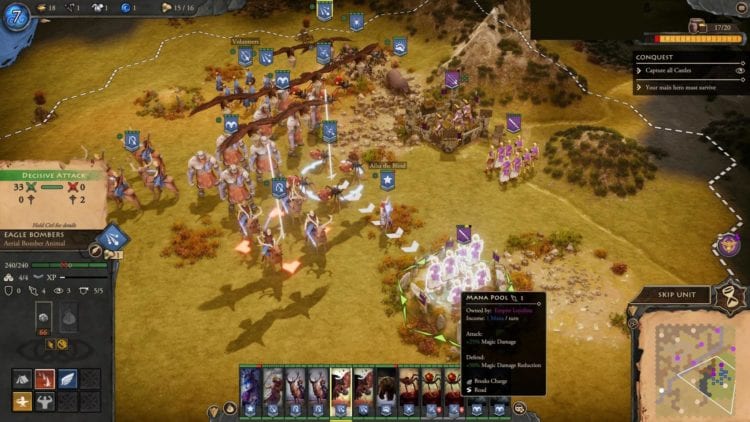 The remaining non-eagle flying units are of the pegasi variety. You’ve seen regular pegasi enemies in Fantasy General 2‘s Invasion campaign, but the Onslaught DLC lets you field new types such as nightmares, pegasus flamers, and even a pegasus-riding Transmuter. Truth be told, I haven’t encountered these unit types during my Onslaught Mode playthrough. They can be picked, however, during the start of a skirmish match.

As I understand it, to use giant eagle units in the Invasion campaign you’ll have to complete a specific mission after chapter 18.  In my case, all my saves were well past that point already. The option wasn’t available anymore and there was no choice but to redo everything from scratch. Owned by Gravity should’ve allowed for the recruitment of these units at any point in time to provide a more player-friendly option. 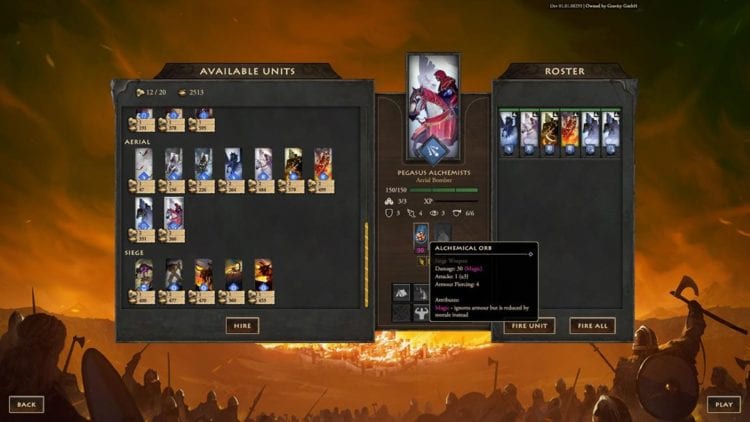 Fantasy General 2: Onslaught – Is it worth your while?

Even though Fantasy General 2: Onslaught tries to include a bit of content, I still had some misgivings after previewing these additions. You can think of Onslaught Mode as a considerably shorter romp, one where your rewards can be very limited to boot. As for flying units, many of these are only from a certain variety (the aforementioned giant eagles). Likewise, you wouldn’t spot them during the Invasion campaign unless you luckily prepped a save before a specific point.

Onslaught can still be a treat for die-hard Fantasy General 2 fans. Then again, it’s also viable to sit on the fence until all its quirks are ironed out. 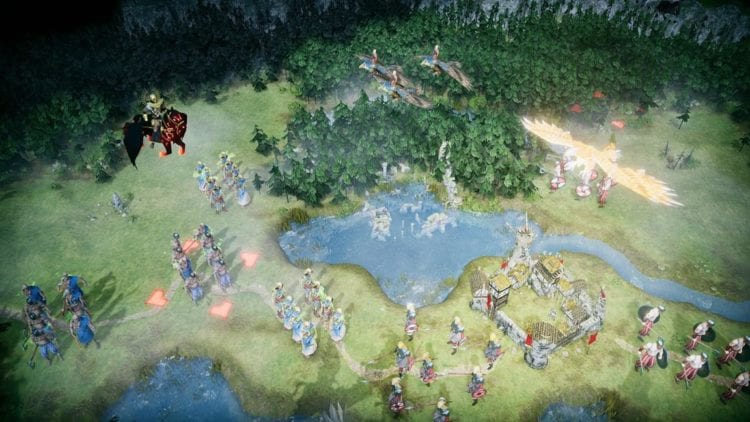 Fantasy General 2‘s Onslaught DLC releases on March 12. You can find it on Steam. For more information about the game, you can also check out our Fantasy General 2 guides and features hub.

By Martynas Klimas7 hours ago
Previews