Ubisoft may be restricting review access to Far Cry 4, but that hasn’t stopped the game becoming “available” via “other” “means” if you know what I mean. I mean piracy, in case that wasn’t abundantly clear.

As a result, screenshots and video footage from the PC version of the game are popping up in the usual places. The good news is, the initial suggestions are it’s a much, much better PC version than Assassin’s Creed: Unity. Images of the graphics settings leaked on Reddit, though I actually nabbed them from this NeoGaf post.

Let’s have a look at them, eh? (Click for larger versions if you wish.) 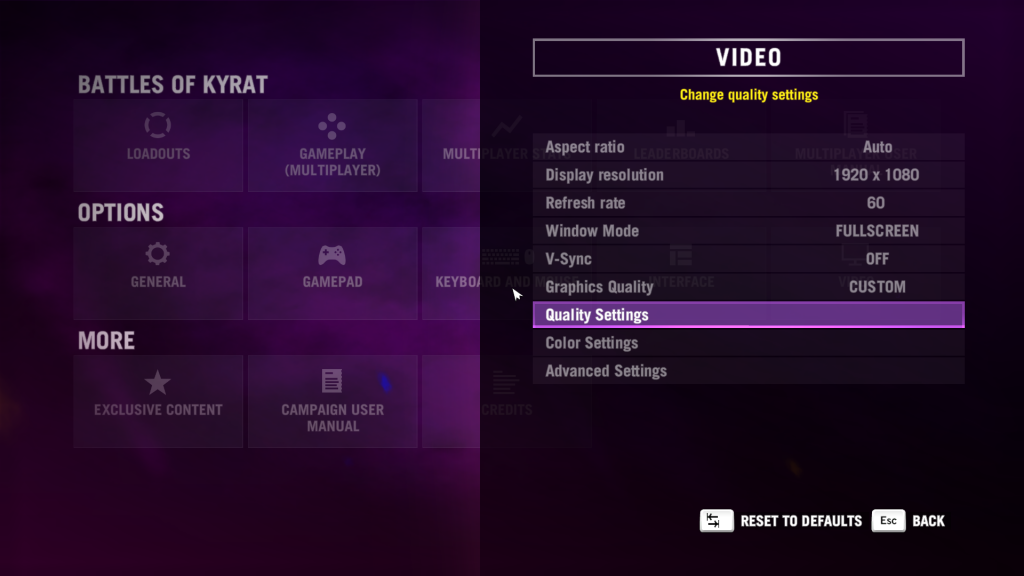 Nothing too amazing or out of the ordinary here, just your usual resolution and Vsync options. Here’s the more advanced stuff. 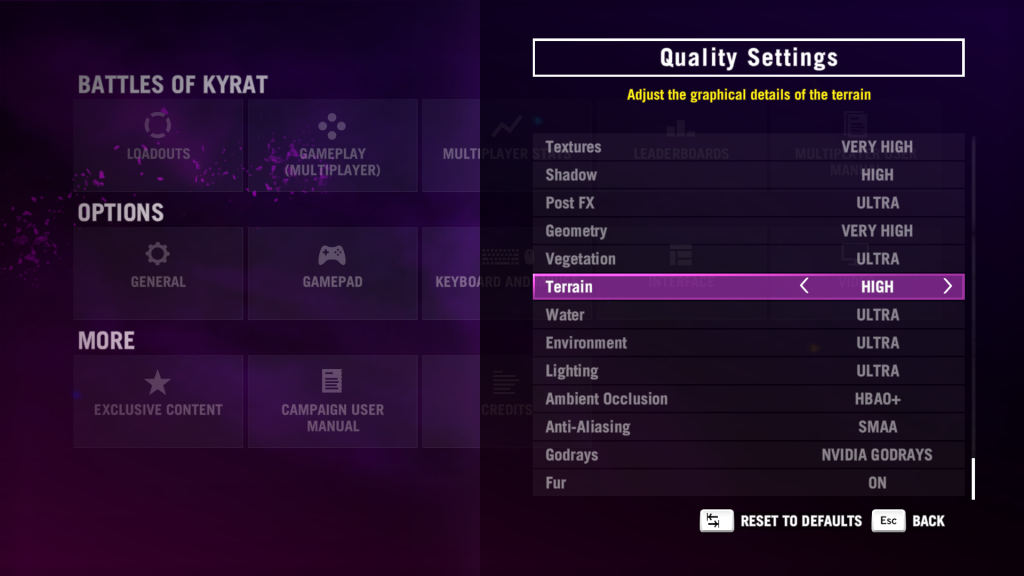 More toggles than Unity, that’s for sure.

Looks like plenty of stuff to tweak and change in the texture, shadows and lighting departments. As well as various terrain and geography options. I like the implication of the “Fur” setting; can we have bald leopards if we turn that off? I guess they probably just get a basic texture instead of next-gen-o-riffic fur effects.

Anyway, thanks to Far Cry 4 “leaking,” we also know what the patch notes for the PC will look like. Which is this:

Sounds like an FOV slider is on the way. Hooray.

We’ll hopefully have some more extensive Far Cry 4 PC impressions up around Monday. That’s if Ubisoft fancies actually sending us some review code and letting us do our job of evaluating the game before it becomes available on every torrent site going. Oh wait, too late!