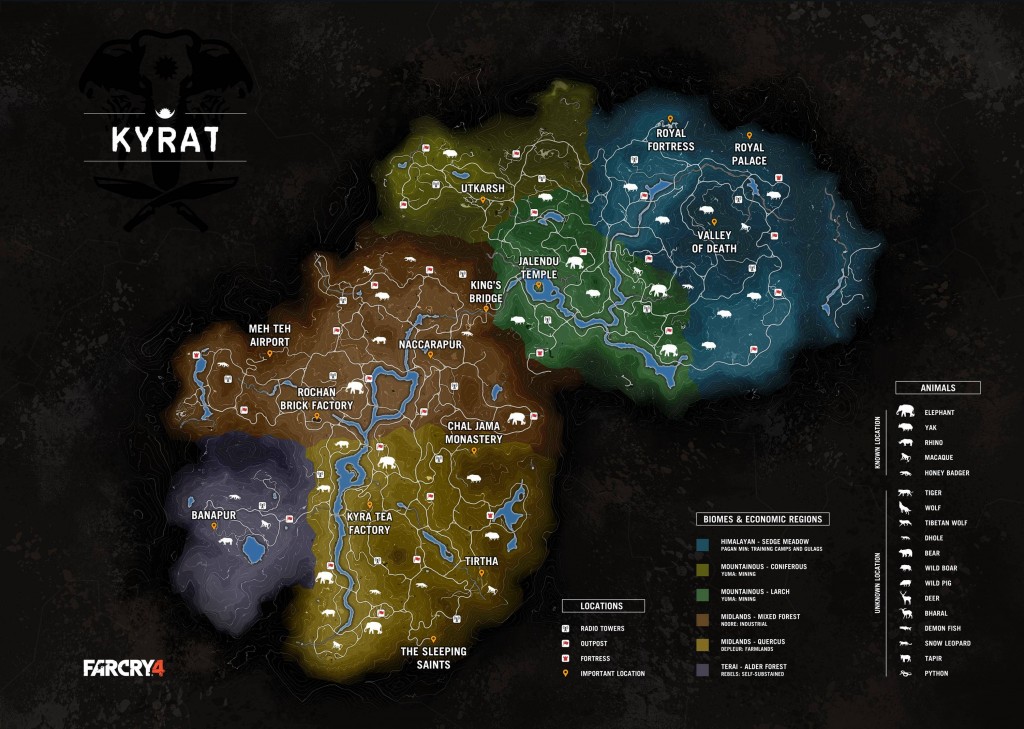 This is the fixed size version, look below for a bigger one.

Like the many and varied types of animal in the game, Far Cry 4’s map is at large in the wild. As far as I can tell, it first showed up on Reddit, but has since spread around all over the place.

I suppose there’s a slim possibility that this is an extremely well-created fake, but it looks suitably real to me. To see the Far Cry 4 map in the largest possible dimensions, click on the smaller version in the “gallery” (of one image) below. Give it a bit of time to load.

The different regions of Far Cry 4 are displayed too, so you can see where the forested bits are versus the mountainous areas and so on. It’s difficult to get a true sense of scale from this without some kind of comparison with Far Cry 3, but it at least offers an idea of the game’s layout.

The game is due for release on PC from 18 November.