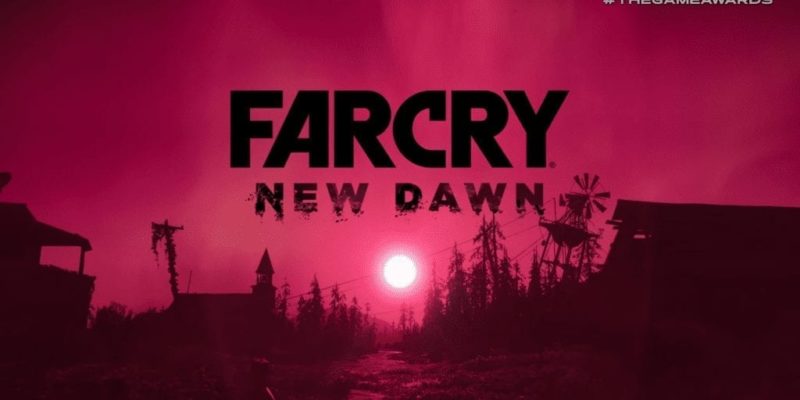 Far Cry New Dawn has been revealed at The Game Awards 2018. The game is a standalone sequel of Far Cry 5, picking up 17 years after a nuclear bomb wiped out Hope County, Montana. Just so you know, if you haven’t beaten Far Cry 5 yet, this post contains in-game spoilers.

“The nukes that fall at the end of Far Cry 5 devastate the landscape, wreaking havoc on the region that lingers for years,” the official website states. “But after long periods of fire and famine, life begins to claw its way back, eventually leading to the abundant superbloom you can see in the announcement trailer for Far Cry New Dawn. And if nature can find a way to thrive in Hope County once more, perhaps there is hope for the people and places you fought for in Far Cry 5.”

Nature has taken over Hope County following the devastation. The area is still the same as you know it, as some structures still remain standing. However, the environment itself is far different, and survivors of the nuclear winter are starting to rebuild.

The beautiful countryside is misleading, however. As with any post-apocalyptic world, people just can’t seem to get along. Far Cry New Dawn is still a Far Cry game, after all. So, expect plenty of gunplay, explosions, vehicles, exploding vehicles, and plenty of targets to shoot. Not just human targets, obviously. The trailer shows off some animals, and not all of them friendly. Well, except for that boar. He’s adorable.

In the trailer, we see some weapons in action. There is the trusty shotgun, which is never far from the apocalypse. And finally, we get to see the saw blade launcher in all its gory glory. This thing is gnarly. It flings three blades in an arc, capable of taking out multiple enemies at once.

Journey To The Savage Planet Revealed, An Out Of This World Adventure Game

Hades, From The Makers Of Bastion, Hits Early Access