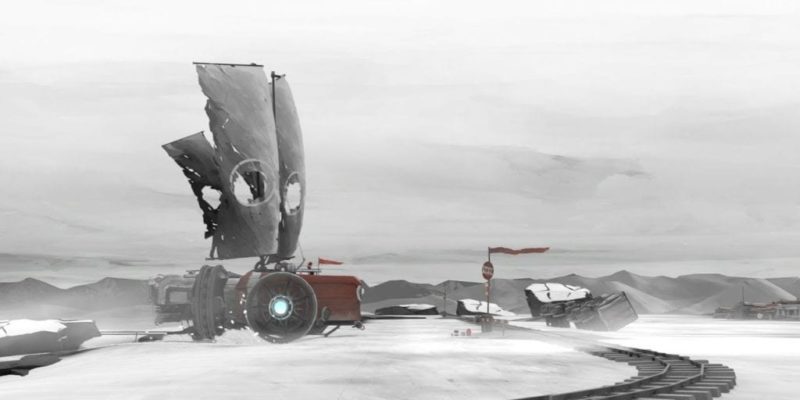 Developer Okomotive’s FAR: Lone Sails will have players rolling across a  dried-out seabed challenged with overcoming all kinds of obstacles and battling against the elements.

Players will have to keep the land ship moving by upgrading the vessel and following a trail left by the people to discover the story of a civilization on the run. This a game about exploration and discovery so don’t expect huge gun battles, just enjoy the scenery which looks quite stunning and keep the adventure rolling.

Today Okomotive announced the game will launch on 17 May, and based on what’s on show on the trailer below, it’s one to watch.