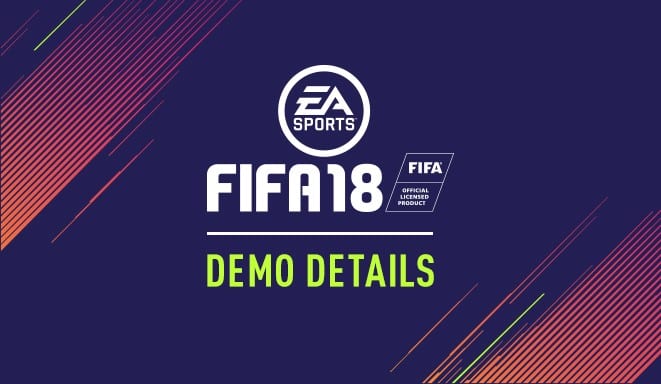 It’s that time of year again when all the footy games release and EA are first up with the FIFA 18 demo which releases today.

The demo will feature Kick Off Mode with a handful of clubs and stadiums to choose from. There will also be a preview of Alex Hunter’s story prior to the game’s launch on 29 September so you can live the football lifestyle.

There is no exact time for the demo’s release, EA is being very vague when it comes to the PC version stating, “The launch of the FIFA 18 Demo varies depending on platform and location”. Just keep an eye on Origin and we’ll also let you know when it appears if we spot it.

Kick Off Mode will include the following clubs and stadiums in the demo: