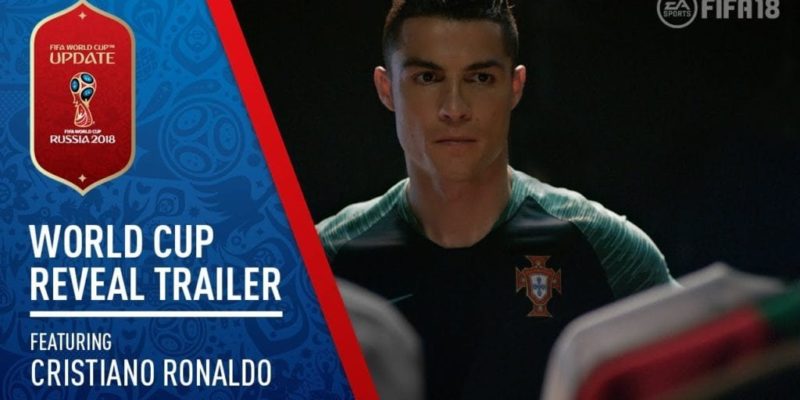 The football World Cup is almost upon us, and for many, it’s the only time they have much interest in football. EA is not wanting to miss out on the action and has announced a load of free World Cup Russia content for FIFA 18.

The free content update will give players what EA is calling, “the official tournament experience” with all the elements of the official World Cup, although corruption is probably not included. Players can expect to find the authentic teams, stadiums, kits, and badges. The official match balls and winners trophy are also included.

The update lets players choose one of the 32 qualified nations and play through the tournament in online friendlies and online tournament modes. Custome Tournaments can also be played and can include non-qualified teams such as Italy, Chile, USA and my favourite, Scotland (useless gits really need to get their game together).

All 12 Russian stadiums are included with all the razzmatazz of team banners and “authentic pitch environments” which will hopefully include rude songs and plenty of fighting on the terraces. OK, maybe not those last two.

To sum up, FIFA 18 is getting lots of World Cup stuff to keep you playing on 29 May. Now watch a video of Ronaldo pulling his smalls out of a washing machine. At least he’s not falling over or crying.