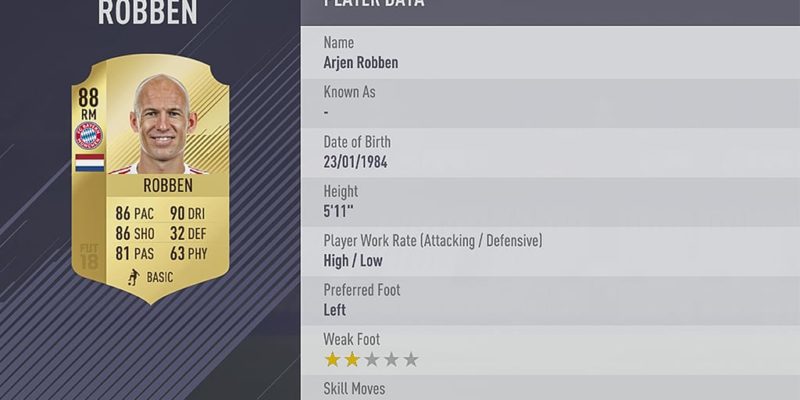 Another ten in the FIFA 18 top 100 list have been revealed, confirming the players in positions 30 to 21. We’re still not quite at the players with 90 plus ratings yet; everybody here has an overall of 88.

That includes Ibrahimović and Aubameyang towards the strikers end of the field, and Lloris, Hummels and Silva at the back. Robben is in this bunch too. I’m sure everybody will be shocked to learn that his preferred foot is listed as “left”.

Here’s the list of the latest ten. You can see their full FUT card stats at the link in the first paragraph. FIFA 18 will be released worldwide on 29 September. Expect a demo ahead of that (probably late next week).