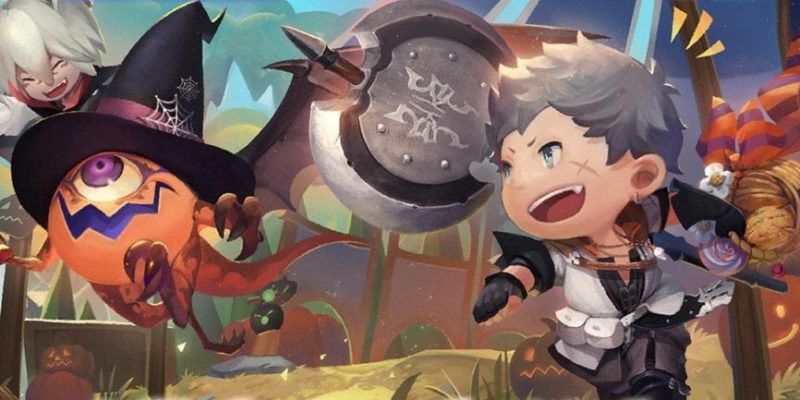 Final Fantasy XIV will be getting spooky with Halloween event All Saints’ Wake, aiming to make things delightfully creepy between October 17 and November 1.

The Continental Circus is setting up shop in the Gridanian Woods during that period, complete with a new attraction. An Ahriman attraction, it seems. Having a floating eyeball monster as an attraction can’t go wrong, surely? You can find out by accepting the relevant questline from the Adventurers’ Guild Investigator in Old Gridania at X:10.4 Y:8.4.

You’ll need to have done Final Fantasy XIV‘s Main Scenario Quest “It’s Probably Pirates” in order to participate. Fortunately, this is a level 15 quest and is the one that shunts you into Sastasha, one of the first dungeons of the game. As such, anyone who’s been playing for even a short period is eligible for the frights and fights. And don’t worry: No expansions are needed to take part in the fun. 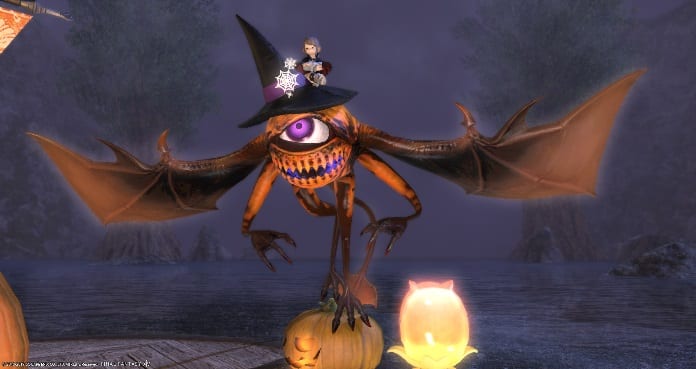 It’s not entirely clear what this new Final Fantasy XIV event will involve, but I’d say it’s a fairly safe bet that you’ll have a questline to do, followed by a series of repeatable quests to earn tokens for rewards. It wouldn’t be a seasonal MMO event without themed rewards, right?

So yes, there’ll be a range of in-game items available from the event. The big one is probably the Circus Resonator, an item that lets you summon the brand new Circus Ahriman mount. Players can also get their hands on the Pumpkin Carriage and Fantastical All Saints’ Wake Advertisement furnishing items. There’s doubtless more to grab too (including “certain items” from previous All Saints’ Wake events), but we’ve got no details on what right now.

Patch 5.1 for Final Fantasy XIV is also due to launch in late October, so that’ll likely happen while All Saints’ Wake 2019 is still running. The new patch — subtitled “Vows of Virtue, Deeds of Cruelty” — is set to add new quests, a new dungeon, and the long-awaited beginning of the NieR: Automata crossover raid. In terms of quality-of-life upgrades, it’ll bring with it a New Game+ option as well as Fellowships, a sort of message board for up to 1000 players.

All Saints’ Wake will ethereally float into Final Fantasy XIV on October 17. Patch 5.1 is currently undated but is set for “late October.” I, for one, am looking forward to the continuation of Shadowbringers making me feel bad. Again.