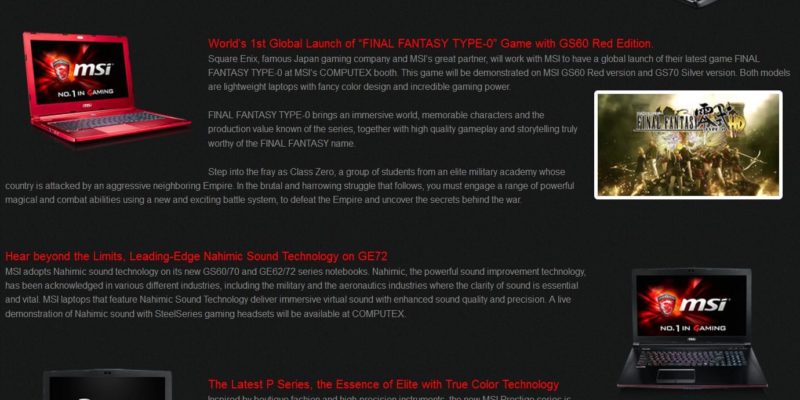 PC manufacturer MSI appears to have accidentally said “oh by the way, Final Fantasy Type-0 will be on PC soon,” in a recent press release about the 2 June ‘Computex’ trade show in Tokyo.

The tell-tale passage has since been removed from the main MSI press release, but remains in the MSI Malaysia version (or at least did at the time of writing.) You can also see the original in the screencap, above.

“Square Enix, famous Japan gaming company and MSI’s great partner, will work with MSI to have a global launch of their latest game FINAL FANTASY TYPE-0 at MSI’s COMPUTEX booth. This game will be demonstrated on MSI GS60 Red version and GS70 Silver version,” the relevant section said.

Final Fantasy PC versions have been a bit sketchy of late, so hopefully this one is a little bit better (or quite a lot better) than, say, Final Fantasy XIII.

Source 2 DLC for Dota 2 pops up on SteamDB