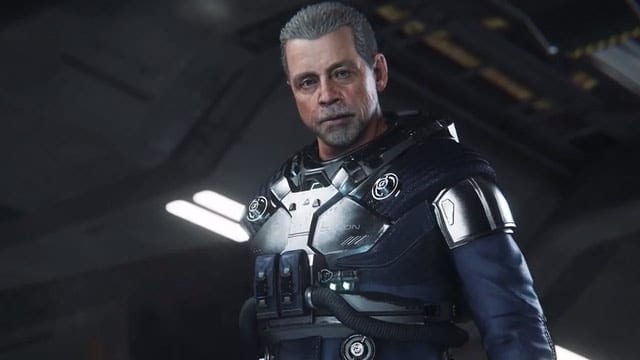 CIG has been keeping Star Citizen Squadron 42 under wraps for a long time and this is the first slice of footage (on IGN) from the single-player campaign we’ve seen for ages.

Don’t get too excited though, this appears to be some kind of a cutscene featuring Mark Hamill as Old Man Colton. Tomorrow we are hoping for a little more than this, some gameplay would be most welcome because this little trailer tells us nothing about the game or how it will actually look. Apparently, it’s also a game to watch out for in 2018, but with CIG’s release window for Squadron having passed long ago, we don’t hold out much hope for a 2018 release.

Tomorrow’s Around the Verse is expected to feature more Squadron 42 and that will be available at 12PM PT.

There’s also what appears to be rough system specs for Squadron 42 now. These will hopefully be updated closer to a release.

In related news, more jpgs are on sale for crazy prices but keep that cash firmly in your wallets.