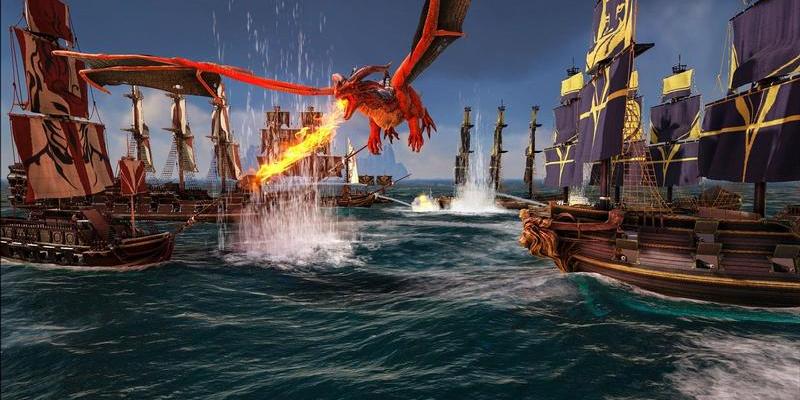 Atlas is the newest title from Grapeshot Games, a new studio comprised of the Studio Wildcard developers, who created Ark: Survival Evolved. Announced at the 2018 Game Awards, Atlas promises to be a grand, pirate-themed naval combat massively multiplayer game. The game hit Steam Early Access today, and I’ve seen plenty of hype on the internet for Atlas. However, several things about the developer’s history with Ark make me worried about its development.

A History Of Delays

When Studio Wildcard released Ark into Steam Early Access in 2015, they stated that they were targeting the summer of 2016 for a full release. Then it was delayed until the holidays.

Eagle-eyed viewers will have noticed that Ark did not release during the holidays in 2016. In fact, Ark saw several more delays and didn’t officially launch until August 29, 2017. This was more than two years after the initial Early Access launch date, and a whole year later than the original full release date of 2016. This is big deal because…

Like its predecessor, Atlas is already showing signs of mismanagement. Less than a week after its surprise announcement at The Game Awards, where the Early Access launch was expected the following week, Atlas was delayed to December 19. Now, of course, plenty of great games experience delays, and this is a relatively short delay at that. But it still undermines the momentum of its surprise announcement.

Of course, a delay doesn’t automatically mean a game is going to be a disaster. But if the history of Ark: Survival Evolved is a sign of things to come, we can bet that this is only the first of many delays that will plague Atlas‘ development cycle.

Update: As if they were trying to prove my point, Atlas was delayed even further after this article was published. According to Atlas’ Twitter, the new release date is December 21.

One year after its Early Access launch, the developers of Ark: Survival Evolved decided to release the Scorched Earth Expansion Pack. This add-on came out on September 1, 2016 for $19.99 on Steam while Ark was still in Early Access. The move rubbed many consumers as a greedy cash grab with Studio Wildcard double dipping with their early adopters.

The intent of Early Access is supposed to be for devs to make some sales while they work on completing their game. Therefore, consumers wondered why development time was being spent on an expansion pack when, at the time, Ark was saddled by poor optimization, had numerous bugs, and was behind schedule. Studio Wildcard has publicly said they regret this decision. However, I think if they tried it once before, there’s no reason they wouldn’t try it again with Atlas.

Maybe Early Access DLC and constant delays don’t bother you. As long as the game is good, who cares about the business aspects? This is a totally valid perspective, but the gameplay of Ark fell short for plenty of people.

As I write this, Ark: Survival Evolved is sitting at “Mixed” reviews for all time. The title has been controversial since its Early Access launch. While it maintained a healthy player base, it has always had its fair share of haters. The bulk of criticism aimed at Ark is centered around its bugs and poor optimization, but some people just didn’t enjoy the grindy, unforgiving gameplay. We don’t have a full sense of Atlas‘ gameplay yet, but I think it’s safe to assume we’ll find it as grind-oriented as its predecessor.

Despite its two-year Early Access cycle, even the official launch of Ark was rocky at best. Players continued to experience poor optimization and bugs, problems that persist even today. Even the positive reviews on Steam note these issues. However, it is worth noting that recent reviews are “Very Positive.” But that should also go with how it’s been three years since entering Early Access.

With promises of naval combat and 40,000 simultaneous players, Atlas is setting itself up to be even more ambitious than Ark. Such lofty goals have me more than a little skeptical. Creating video games at this scale is no easy task, and Studio Wildcard hasn’t yet shown that they’re ready to take on a game of this scale.

Fool Me Twice, Shame On Me…

My final worry has nothing to do with Studio Wildcard, but the gaming industry as a whole. Developers have abused consumer trust in recent years by promising everything and coming up short. This is an especially regular occurrence in “open world survival games.”

Between No Man’s Sky, Sea of Thieves, and Star Citizen, gamers have been repeatedly sold unfinished and poorly designed products. While these games can eventually become great, they often launch in a rather sorry state. Even beloved developers like Bethesda have fallen from grace with the complete failure of Fallout 76 earlier this year. These instances have taught me to approach every game with a new sense of cynicism, especially when the developer’s track record is less than ideal. Atlas is launching in Early Access, which gives it some amount of leeway, but that doesn’t mean it’s any more worthy of consumers’ money and precious time.

Patience Is A Virtue

Atlas could be a slam dunk right out of the gate, or it could be a complete dumpster fire. Currently, it’s impossible for us consumers to even guess. Nobody but the developers knows what condition the game will be in this Wednesday. So, instead of hyping ourselves up and potentially getting hurt again, let’s sit back with a healthy dose of skepticism and see what Grapeshot Games has cooked up.

This Year In PC Game Releases: The Highlights Of Each Month In 2018