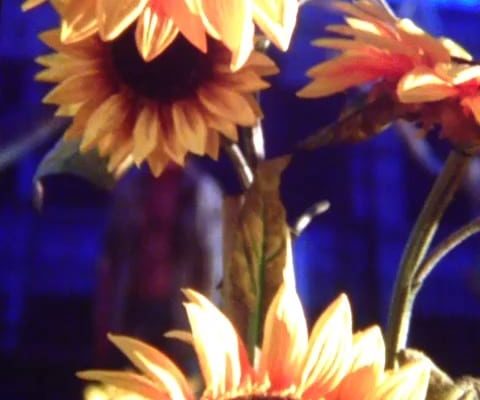 Bethesda is continuing its campaign of weird advertising today, with a new Vine-posted loop of some burning sunflowers. You can add that imagery to the video released yesterday, which showed some barbed wire and a pair of vinyl LPs.

Pete Hines (of Bethesda) has already suggested it’s nothing to do with Fallout, and the theories yesterday (thanks to the barbed wire and Bach LP) seemed to zero in on a new Wolfenstein, possibly from the studio Machinegames.

Burning sunflowers, though? That makes things a bit more confusing.

It could, rather than Wolfenstein, be hinted at the first signs of Shinji Mikami and Tango Gameworks’ Project Zwei. That title is supposed to be a survival horror, so unnerving strangeness is perhaps to be expected.

Get to the chopper! Air Conflicts: Vietnam gets trailer