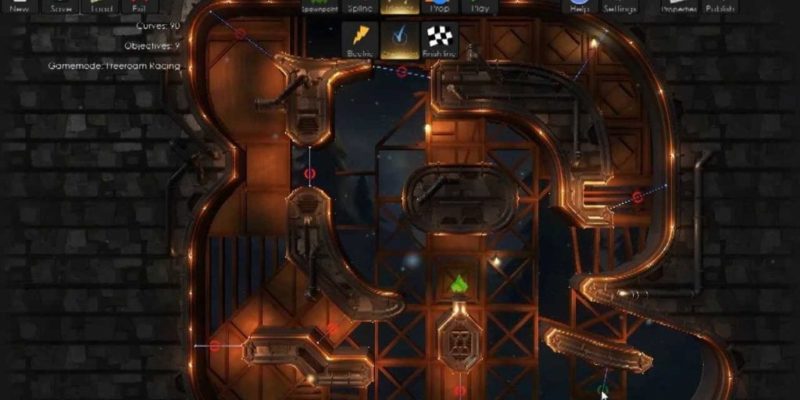 Flowstorm is a bloody difficult game. IncGamers knows this, because most of the team had a go at it just after recording this week’s podcast. It’s also rather addictive. Again, we know this because we were playing it after the podcast instead of doing work.

It’s described on its inevitable Kickstarter page as a “precision racing and aerial combat game”; but don’t put your trust in mere words, hop online and have a got at the playable alpha that developers Neat Corporation have put up. Overall, it reminded me of the old Amiga game Gravity Power. This is a good thing.

Anyway, with eight days left to raise around $47,000 USD, the Flowstorm team could probably do with your money as well.

After Aliens: Colonial Marines, can Gearbox be trusted with Homeworld?