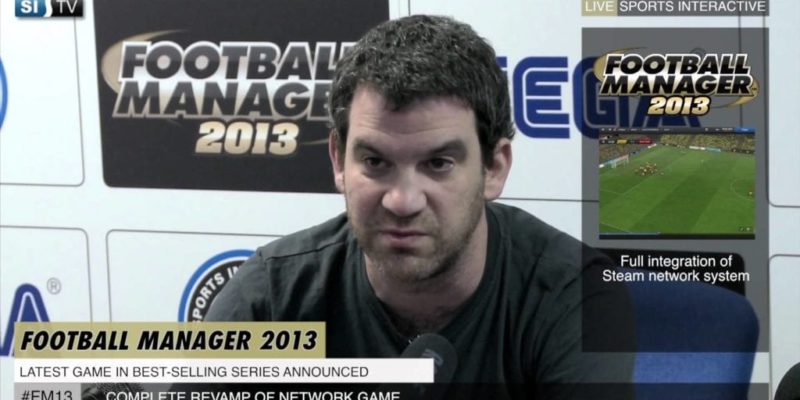 Sports Interactive and SEGA continue their management series with Football Manager 2013, which according to them, is going to be biggger and better with ” a seismic shift” in the game’s development.

One of the major changes in the new version is the new Classic Mode which simplifies the way players and clubs are managed with the ability to play a full season  in around 8-10 hours.

“The introduction of FMC is a major step forward in Football Manager’s evolution,” says Sports Interactive’s Studio Director Miles Jacobson. “In recent years it’s become clear that there’s a large group of people who would like to play Football Manager, but simply can’t devote the time required to get the most out of the game – in fact, now that they have families and other commitments, even some members of the SI team have found themselves in this position. We decided, therefore, to try to find a way to accommodate players with limited free time, without significantly diluting the experience. We believe that FMC achieves this beautifully.

“I would, however, like to stress to our many, many fans around the world that the introduction of FMC will not impact in any way on the game that they’ve come to know and love. For those who still want the full, ‘hands-on’ experience, FM13 offers exactly what they’re looking for – a bigger, better and even more immersive version of the world’s greatest football management simulation.”

There’s also a Challenge mode as part of the new Classic Mode (FMC) where Managers are set challenges to overcome during the season with more challenges being released by SI once the game ships at the end of the year.

As far as improvements go, there’s plenty to cheer about:

Improved 3D match engine
Perhaps the most visible enhancements to FM13 will be those that have been made to the 3D match engine. In this year’s release, everything on and around the pitch will look more realistic; from the stadiums and crowds through the players’ movements and the way the ball moves through the air. A variety of new and improved animations give matches a more realistic feel, while a revamp of the camera system makes the matchday experience more ‘televisual’. These visual enhancements are underpinned by a dramatic improvement in the match engine’s artificial intelligence system.

New staff roles
FM13 sees a significant restructure of the manager’s backroom staff and a revamp of their roles. This includes the introduction of a Director of Football who will (if required) take on some of the manager’s workload, such as contract negotiations or the disposal of unwanted players. In addition, the number of specialist coaches has increased and the manager has greater flexibility to choose which coaches to seek advice from and when to do this, as well as more specialised coaches and the ability to improve coach’s skills as they qualify for their coaching badges.

Improved media interaction
The interaction between the manager and the media has been revamped. One significant aspect of this is that managers can now adopt different tones when dealing with the press – choosing between a number of moods ranging from ‘calm’ to ‘aggressive’.

Network game
FM13 sees a huge revamp of the multi-player game, which now makes full use of the Steam system’s network functionality, allowing players to set up and enjoy games against other managers far more easily than before. The improved network game also includes a number of bespoke, one-off league and cup options alongside the standard career version, including one mode which allows the player to take the team that he or she has built and developed in their single-player game and test it in the multi-player environment.

Worldwide leaderboards
FM13’s deeper integration with Steam also sees the introduction of worldwide leaderboards which means, for the first time, that players can see exactly where they stand compared to their fellow managers across the globe. In addition to the full global ranking ladder, there will also be a number of individual leaderboards covering the game’s different modes and every playable nation and division. The leaderboards use a sophisticated scoring system that takes into account a variety of factors including the level a manager chooses to compete at, his or her club’s financial performance and even their in-game wages – making the new manager contract negotiation feature a really important addition to the game.

User interface
FM13 boasts a new interface and skin for ‘career’ mode, and a fresh new look for ‘classic’ mode, as well as lots of work on navigation, an animated interface and a new search system means that whichever mode you go for, FM13 will be the easiest to use and best-looking game in the series to date.

Enhanced training
In FM13 managers will have the ability to go deeper into their team’s training and choose a schedule that suits their needs. Training is now managed through a simplified overview panel which combines general coaching with more detailed preparation. Managers can now choose where they want to focus their team’s training, whether that is on more general routines or in preparing for specific matches.

Realistic tax regimes
One of the major factors which influences real world footballers when they come to choose which club to sign for is the different level of tax which is payable from one country to another. This is now reflected in FM13, which includes up-to-date tax regimes for each of its featured countries – something which the in-game footballers will take into account when deciding which club to join.

PES 2013 gets ready for kickoff