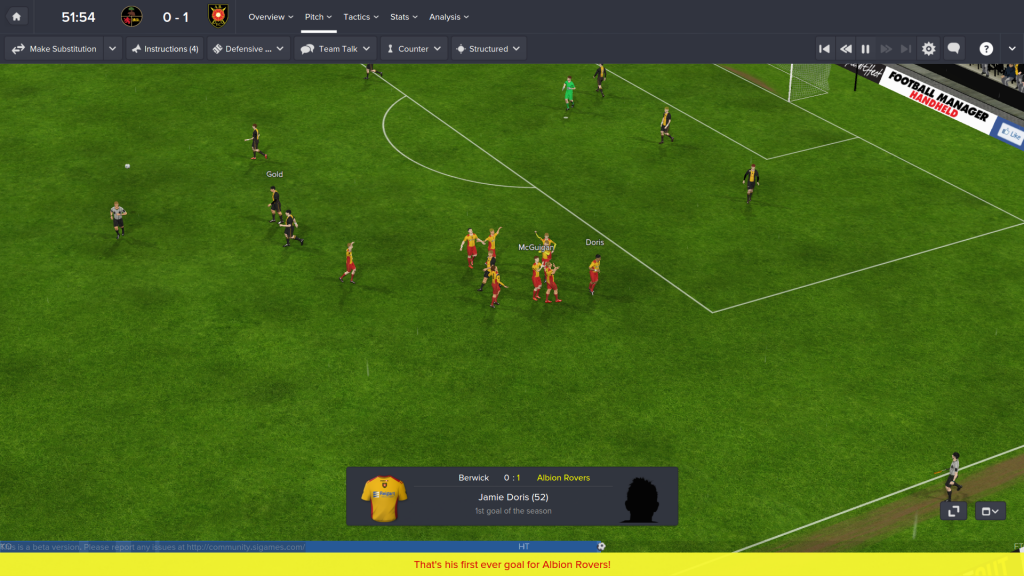 A couple more tweaks to make your Christmas managing go a little smoother.

Sports Interactive has put out a new 15.2.1 Hotfix for Football Manager 2015, making a few changes to the way certain competitions are scheduled. According to the patch notes, a few “rare instances” of the Copa Libertadores and Belgian league games not being scheduled correctly should now be sorted out.

Aside from that, there are a couple of other minor fixes to things like certain 3D kits not showing up in the match viewer, and “light skin” user interface issues.

As usual, Football Manager 2015 should update itself to the latest version through Steam. Try restarting Valve’s client if that’s not happening for you.

Here are the patch notes:

GRAPHICS
– All custom .fmf files can now be distributed via Steam Workshop
– Fixed 3D kits not displaying in the match viewer