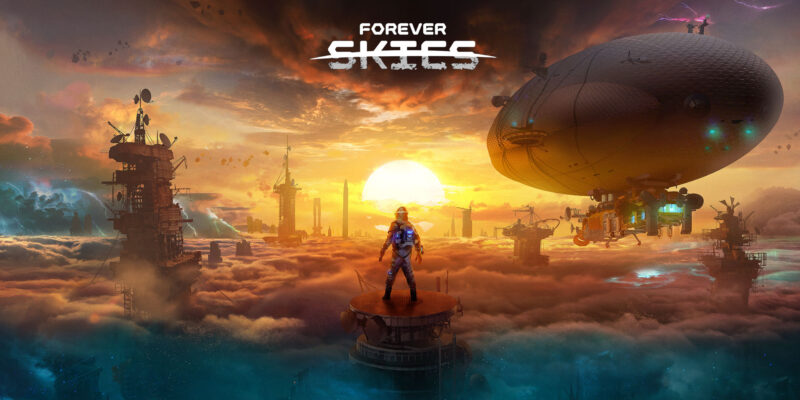 The highly anticipated Dying Light 2 Stay Human will finally come out next month. Once that happens, it will inevitably become the talk of the town for a while until the next big release arrives. In the middle of all the marketing hype, though, former Dying Light developers have prepared a project of their own. That project comes in the form of Forever Skies, “a first-person action survival sci-fi game that takes place on a destroyed and deserted Earth in the wake of a massive ecological disaster.” Just today, Forever Skies received its first teaser trailer, so players can finally catch a glimpse of what this ambitious new game has in store.

Unlike other teasers, this Forever Skies trailer features light gameplay consisting of simple exploration across dilapidated buildings. The visuals look incredibly sophisticated and decidedly high in quality, which only makes sense since the developers have had ample experience working on AAA games. Out of everything the trailer shows off, the “Do you remember the forests?” writing on the wall stands out.

Forever Skies is about returning home, even if you feel unwanted

According to a press release, Forever Skies sees players controlling a scientist “returning to Earth long after a global ecological catastrophe has left the planet uninhabitable to humans.” Players must “build, expand and control a high-tech airship that will act as [their] transport, shelter, laboratory and workshop for researching mysterious substances and crafting tools for survival.” On occasion, they’ll have to explore “below the thick, toxic dust layer which now shrouds the Earth’s surface.”

The trailer conveys a level of intrigue for the world of Forever Skies that fans of the developers’ previous work will no doubt find appealing. It will see a release on Steam Early Access sometime this year. So, you’ll have the opportunity to experience it and provide feedback soon enough.