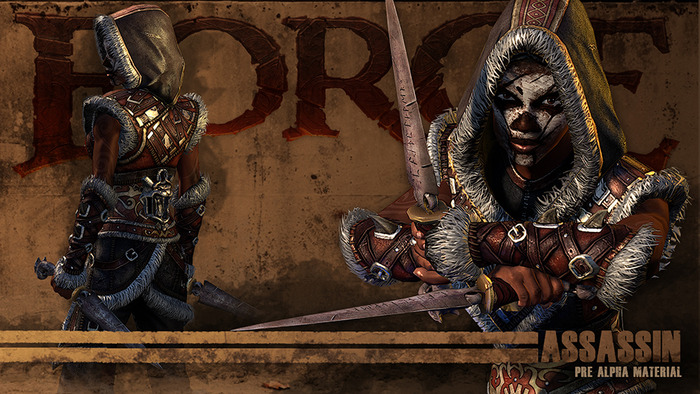 Dark Vale, developers of Forge, have launched a campaign they’re dubbing a ‘Kick-finish’ to raise additional funding for the game. Unlike many other Kickstarter campaigns, pledging money to this one isn’t getting the game itself developed (that’s well underway and seems like it will happen anyway), but it will make it possible for Dark Vale to launch with more features.

$300,000 USD is what they’re looking for and, as always, there are various enticing tier levels for your to pledge at. A basic $15 USD will get you an early, digital copy of Forge at a reduced price, while if you want to splurge $10,000 USD you can be immortalised in the game itself as a statue along with pretty much every other reward on offer (oh, and you get a decent laptop or desktop PC as well).

Forge is a third-person multiplayer combat title that’s looking to combine the strategy of player-vs-player MMO battles with the more immediate gratification of first-person shooter controls and pacing. The intent is that you’ll be able to pop in for a fight or two, improve your character class a little, and be out in 15 minutes.

You can watch some alpha gameplay, below. For more details about Forge or Dark Valve, head over to the Kickstarter page.

Character customisation a priority in Cyberpunk