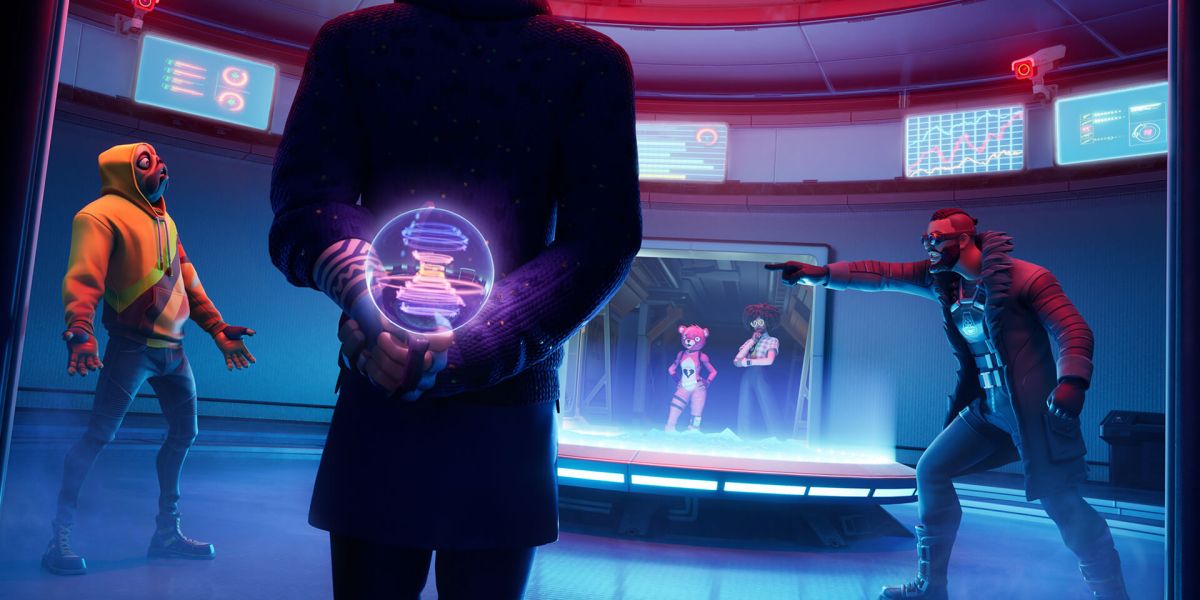 In what almost seems like a parody, the popular battle royale game Fortnite is adding a social deduction minigame called Fortnite Impostors. And it sounds a little familiar. One might say, suspiciously familiar.

The goal in Fortnite Impostors is simple. There are 10 players in a single lobby consisting of two parties: Agents and Impostors. The Impostors will go around the map trying to eliminate players, while the Agents need to complete assignments or vote out all the Impostors to win. If this sounds like an extremely prolific social deduction game popularized within the last year, then you’d be right. This game mode is heavily inspired by Among Us, and we really do mean inspired.

Fortnite is getting a little sus

I can’t imagine there are any players unaware of Among Us‘ popularity. The social deduction game took the world by storm as communities were forced inside by the coronavirus pandemic, and the little indie game became a force in the industry. It had a stronghold on the meme zeitgeist of the internet, enjoyed high viewership on streaming platforms like Twitch, and won major awards for its simple and effective gameplay. So it’s not really a surprise that some clones would reveal themselves to the market, like Goose Goose Duck.

But it’s honestly a little unexpected to see this social deduction format making its way to these arguably larger games. Plenty of other social deduction games have a unique place in the genre, like Town of Salem, so you’d think Fortnite would try and shake it up a little bit. Call of Duty: Black Ops Cold War added a social deduction game mode recently, and it at least utilizes the game’s FPS mechanics and even adds an investigator role. Meanwhile, in Fortnite, Agents here need to do tasks, while Impostors need to kill players while utilizing sabotages. It’s a little on the nose.

Granted, I can’t pass too much judgment without testing out the mode for myself. The map takes good advantage of Fortnite‘s colorful graphics and setting, while some of the sabotages are quite unique, like the ability to teleport players across the map or force a banana disguise on the entire lobby. So, maybe the Impostors mode will really take off in the future. You can be the judge for yourself, as the Impostors mode is available to play today.

Check out the trailer for Fortnite Impostors below: