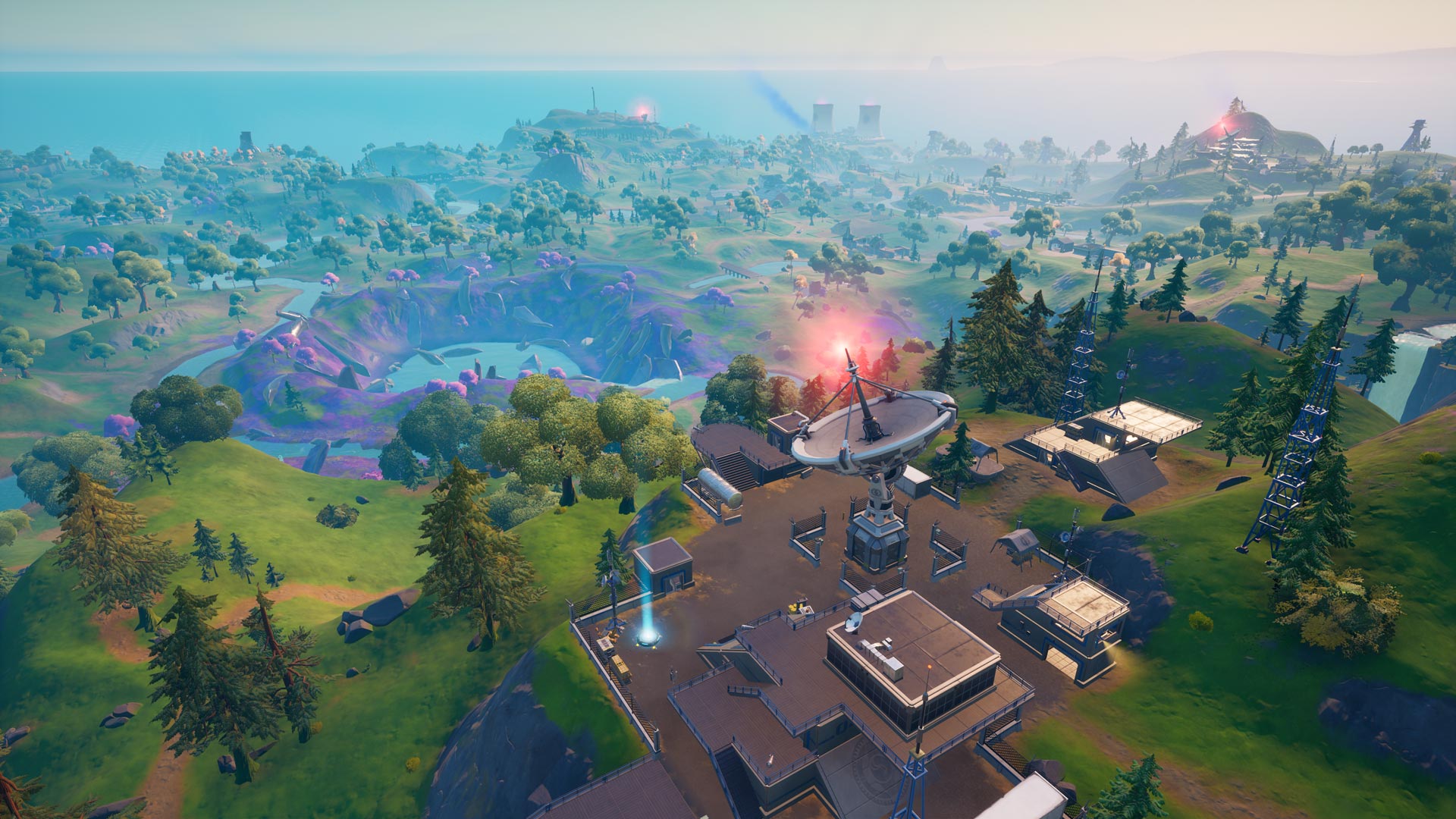 Each new season of Fortnite brings on plenty of map changes, and Season 7 Invasion is no different. Epic said out with the Primal themes and in with the aliens. Not everyone likes extraterrestrial shenanigans though, and the IO Order is back in force once again to defend the island from the new threats. You’ll be surprised to learn that while aliens have arrived with a massive spaceship, the actual invasion is limited to a smaller scale, at least for the moment. If anything, the IO Order has taken over the map quite rapidly. Trade one threat for another, I suppose.

One obvious change compared to Season 6 is that The Spire is now a massive crater with very little about it to speak of. There’s some purple luminescent alien vegetation to ogle at, but that’s about it. While the Spire sought to encourage players to gravitate towards the center of the map last season, it appears this season’s layout is focused on decentralization. IO bases are scattered around the map, mostly in previously non-descript locations. These bases add a lot more density to the map, but we’ll focus on the named locations first.

There are two different named locations this season, though only one of them is genuinely fresh. Believer Beach replaced Sweaty Sands, but it’s more or less the same location. There are just bounce pads all over the location and some graffiti on structures that references the existence of aliens. Corny Complex is a lot more refreshing and feels like a great throwback to the original farm location at that spot on the map. However, the underground complex filled with IO guards and their leader Dr. Slone makes Corny Complex a hot site to land at. The location already appears to be a fan favorite. 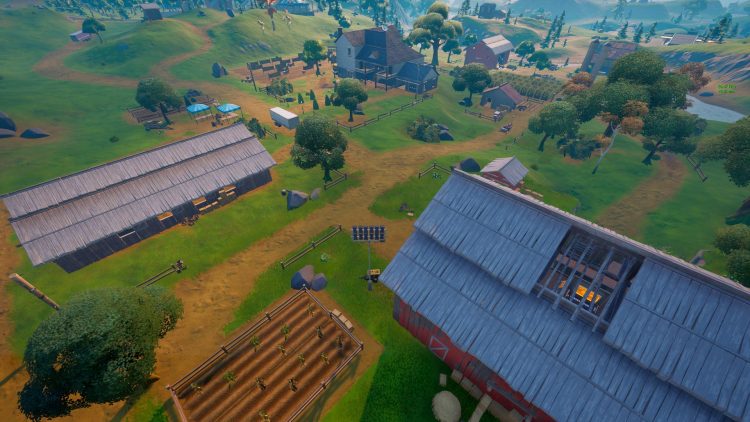 It’s worth noting that some other locations have been influenced by the alien invasion. For instance, Stealthy Stronghold is no longer a named location. Instead, an IO base now sits at the top of the hill in the middle. Steamy Stacks also has some grounded UFOs under guard by IO agents.

The important thing to note about named locations this season is the color of the letters when you look at the map before each match. Locations with purple shading have been invaded by UFOs. These craft are hostile, but can be taken over if you know the right tricks. 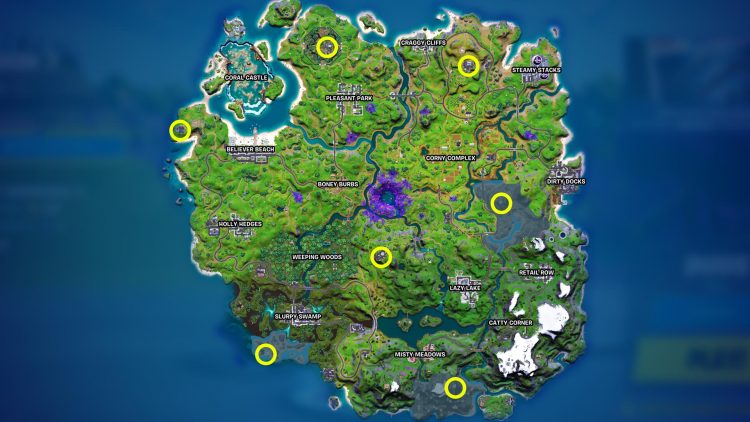 The new IO bases are huge complexes that have seemingly sprung up overnight. There eight that we know of right now. Seven of these feature massive glowing satellite towers and are easy to spot from the air. The last one is the underground complex we just mentioned at Corny Complex. These bases make for good landing spots, as there is plenty of loot to acquire, vehicles, and launch pads for use. IO guards may spawn at these bases, but there are also helpful NPCs at others.

There are of course many other small details to take note of. We’ve covered the major map changes for Fortnite Season 7, but you should also take note that there are new NPCs this season. Aside from that, Boney Burbs still exists and the smaller Spire towers from last season can still be used to launch short distances across the map. For more information on Season 7 changes, stay tuned for our analysis on all seasonal gameplay changes.

For more info on Season 7 changes, Quests, mechanics, and more, check out our guides and features hub.

Overwatch will soon support cross-play for all platforms