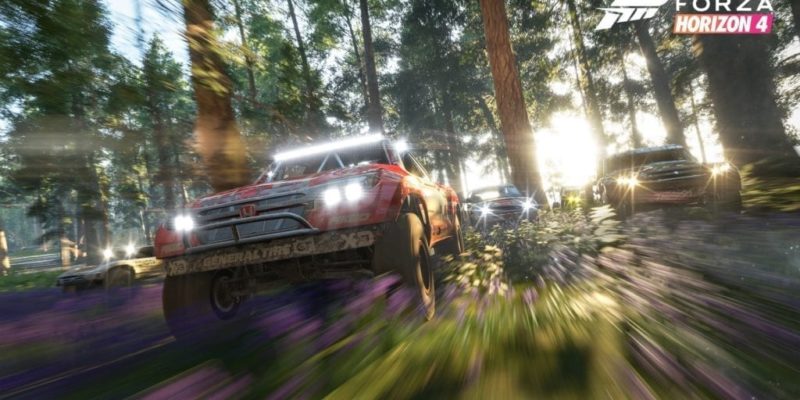 It’s become nothing short of commonplace for patches to be regularly released for games both big and small. At this point, it’s pretty much expected. But, what isn’t expected is a patch for a demo. Well, Playground Games has just gone against the status quo in that regard by rolling out a patch for the demo version of Forza Horizon 4.

While it is still strange for the demo version of a game to get a patch, it’s great that the team over at Playground Games acted quickly and addressed these issues. After all, the Forza Horizon 4 demo has been available for just a little over a week at this point.

A lot of the problems that were fixed with this patch were pointed out in my recent impressions piece about this demo. Specifically, the issues with track-drop outs and the framerate lock not working were ones that affected my system. Forza Horizon 4 will be hitting the market in just a few more days, so hopefully, this patch for the demo version means that the launch day edition of the game will be A-Okay. It looks like the Forza devs have gotten their act together as the aforementioned issues with Horizon 4 prior to the patch are still far less severe than what early adopters of the two other titles that have come to PC had to deal with. This is shaping up to be a much smoother launch than that of Forza Horizon 3 and Forza Motorsport 7; they were both plagued with serious performance issues on PC at launch. It took Horizon 3 six months to be fully fixed, but Motorsport 7 had a much faster turnaround at just a month. Now, the problems are being smoothed out before launch—let’s hope everything stays fixed.

This patch fixes various issues that were plaguing players across both PC and Xbox One. This includes issues like performance hiccups, crashes, and graphical oddities. Here are the official patch notes: