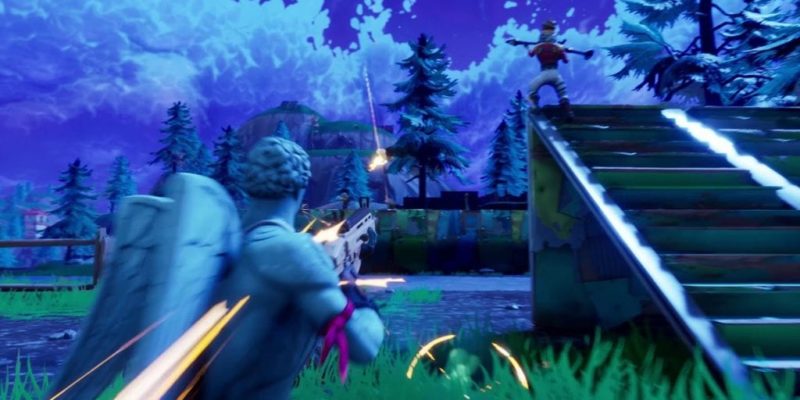 Framerate has a large impact on how many players enjoy games. Typically, having higher framerate means enjoying smooth gameplay that’s easy on the eyes. However, anything drastically below 60 frames is usually more of an annoyance than a hindrance — unless you’re playing a game like Fortnite or PUBG. Recently, users have made allegations that both games see a diminished rate of fire if your framerate is too low. And yes, there’s evidence.

In PUBG, the affected rate of fire seems to be dependent on the weapon. YouTuber WackyJacky101 ran a series of experiments with the game’s weapons. Testing them at 180 FPS, 60 FPS, and 30 FPS, WackyJacky discovered that the Groza, M416, and Vector are among the worst offenders. The lower the framerate, the slower the guns fire. However, due to the lowered fire rate, there is a caveat: the weapons lose their recoil and thus become easier to fire. Slower-firing weapons, on the other hand, are not as affected by the lower framerate.

The Other Side Of The Fence

With Fortnite, conversely, gamers seem to have known about the issue for quite some time. A Reddit thread that popped up a few months ago went into painstaking detail on how much your framerate can affect the rate of fire. Reddit user 0x011A, who created the thread, showed that the rate of fire for weapons in Fortnite can change noticeably, even drastically, depending on whether you play at 30 frames or 120.

Epic, however, isn’t in the dark about the issue. A streamer by the name of DrLupo, encouraged by the PUBG revelation, also decided to run some tests. After he posted a clip to Twitter, Epic responded by saying it is aware of the problem and is currently working on a fix.

Hey Lupo! Thanks for bringing this to our attention. We're aware of this issue and are investigating a fix for it.

Framerate has always been important in PC gaming, and it appears to play a special role in these games. How many others out there may be affected isn’t completely known. Epic, at least, is taking steps to fix the issue. Hopefully, those with lower-end machines won’t be affected for long.

Thanks, PCGamer and Eurogamer.