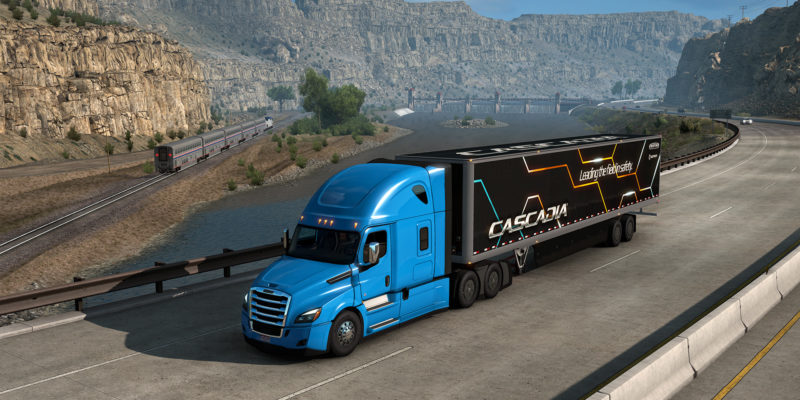 After teasing it a few weeks ago, SCS Software has finally come forward and revealed that the newest truck coming to American Truck Simulator is the Freightliner Cascadia. Not only has this been confirmed, but the truck is available now via in-game Freightliner dealerships as free DLC.

The Freightliner Cascadia is described as the “most advanced on-highway truck Freightliner has ever offered.” Here in American Truck Simulator, the Cascadia is offered in 12 chassis variants. Further customizations include 14 engine options, 13 transmission options, and four different cabin types with four interior trim options for those cabins.

SCS’ design crew didn’t just recreate the Cascadia in virtual form. They also made sure the truck sounds authentic by means of renting a real Cascadia and building an audio profile from the live recordings.

As it turns out, SCS opted to go with the standard diesel variant of the Freightliner Cascadia rather than the e-Cascadia. The e-Cascadia is an all-electric truck that is running in competition with Tesla’s Semi. That would’ve been a neat addition, but it looks like we’ll have to wait a little longer before an actual electric truck is added to American Truck Simulator (or even Euro Truck Simulator 2) in an official capacity. 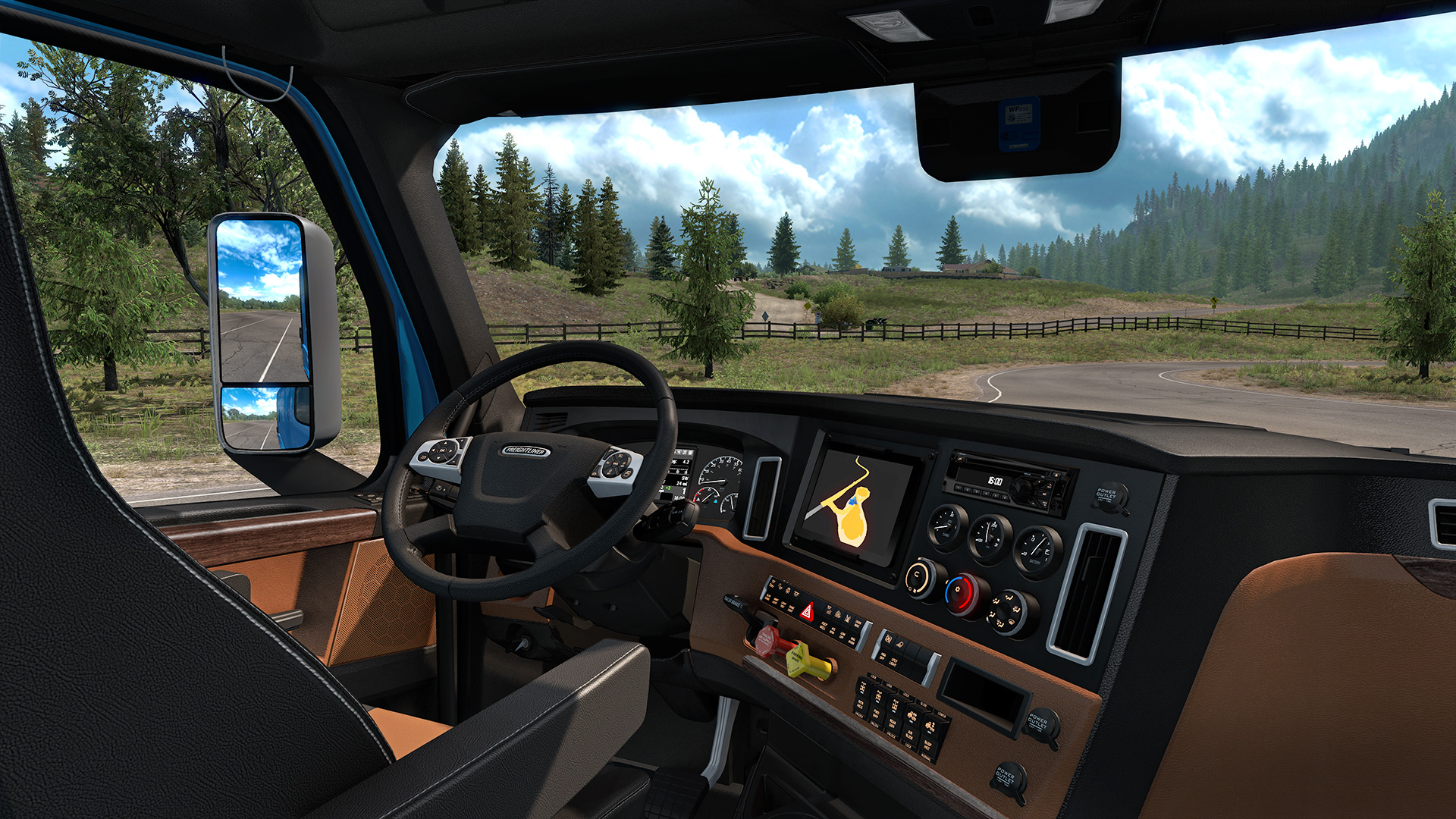 Looks good, both inside and out.

SCS also recently released the Colorado map expansion for American Truck Simulator. If you haven’t played it already, you can now do so along with a new set of wheels. The team also continues to work hard on newly-announced graphical enhancements for both ATS and ETS2, along with the Iberia expansion for ETS2. All of that new content for both titles is expected to arrive in Q1 2021.