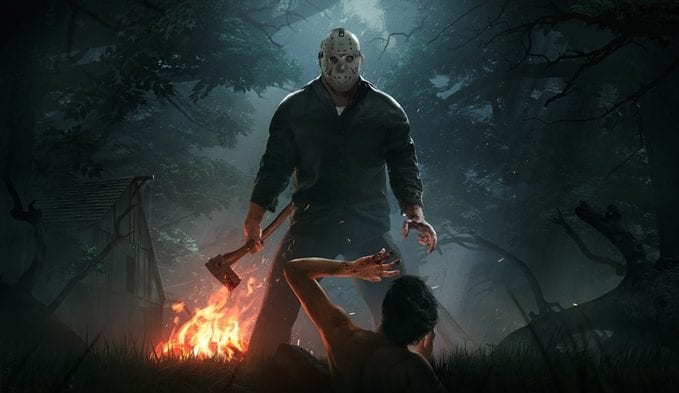 Those of you with a memory for horror series tie-in titles might remember a news story from earlier in the year, suggesting that a new Friday the 13th game was in development.

Rather than being an update of the incredibly awful ZX Spectrum game (shame), this title was intended to coincide with a CW-produced TV series revisiting the murderous antics of Jason Vorhees. Then everything went rather quiet. Whether the TV series is still in production, I don’t know (based on a bunch of August news stories, it seems to be) – but the Friday the 13th game has re-emerged today as a Kickstarter.

As when it was tentatively teased, Friday the 13th wants to be a third-person, 1-vs-7 asymmetrical multiplayer title. One lucky fellow will be controlling Jason, while the other seven will be Summer Camp dwellers trying to make it through the night and see another dawn.

The pitch video and Kickstarter summary are packed with people who were involved with the original film (director Sean Cunningham, makeup effects supremo Tom Savini), and people like actor Kane Hodder who played Jason in later movies. There isn’t, however, much in the way of gameplay footage just yet.

It does have a few pre-alpha screenshots dotted around, and a text summary of how the central multiplayer mechanic will work at least. Developers Gun Media previously worked on Breach & Clear.