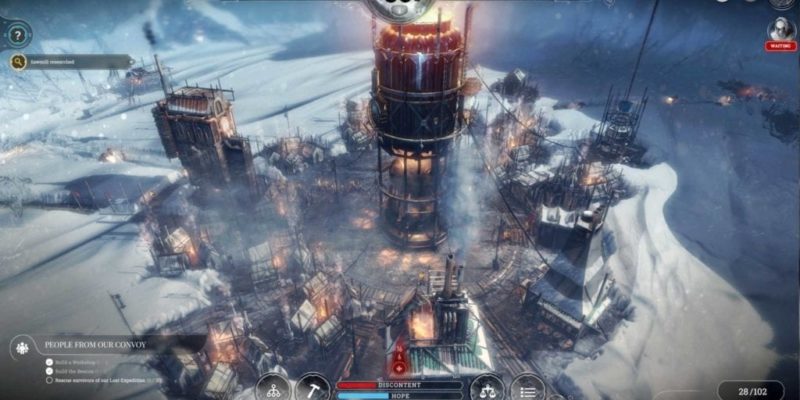 Frostpunk released earlier this week thrusting players into an icy city a management sim and it’s doing rather well.

Developer 11-Bit Studios has shared some numbers, and in the first 66 hours of going on sale, they have sold 250,000 copies which is a large number for an indie studio in such a short space of time.

The studio posted a thankyou message to players, “Frostpunk’s release was a HUGE thing for us, as you may imagine. It is our biggest and most complex game to date – and thanks to your amazing support – it may be our biggest success as well! The feedback we’ve received from you, from gaming press and influencers – has been truly amazing (and very useful!). We can’t thank you enough – you are absolutely awesome! ”

As players will have noticed from the menus, there are options there for new content on top of the three scenarios included with the game. 11-Bit is not done with the game, there will be more content coming according to CEO Grzegorz Miechowski, “Yes, we had plans for the expansions and now we’re 100% sure we are doing that, including many free updates of course!”

11-Bit is also addressing current issued highlighted by players such as difficulty balance and minor bugs. The good news is that they are also thinking about adding a sandbox mode which was one the criticisms in our review. A roadmap for future updates will be released in due course according to 11-Bit.

#Frostpunk sold 250k units in the first 66 hours! Thank you for supporting us, we love you all! 💙

Quick update from our CEO, Grzegorz Miechowski: "Yes, we had plans for the expansions and now we're 100% sure we are doing that, including many free updates of course!" pic.twitter.com/iebDRX4so6