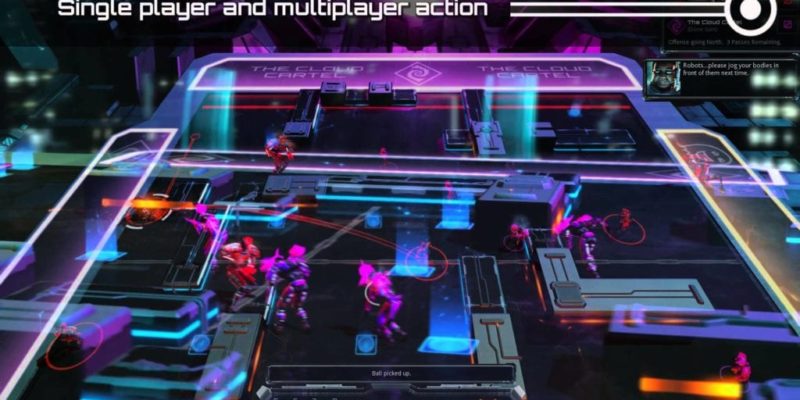 Frozen Cortex (née Endzone) has just received a crunching tackle of an update, pushing a hefty amount of single player stuff out of Mode 7’s door and into the scoring zone. I think by that dreadful metaphor I was trying to say that you can do a lot of single player things in Frozen Endzone now.

The full list and explanation for everything can be read in the Steam community hub update over here, but includes things like single player leagues, robot customisation (hats included,) and even an ongoing narrative involving corruption in the Global Cortex League.

League-wise, players can now take on the Rogue-ish Knockout mode (play until you lose a match,) the more traditional Global Cortex League (where you can earn money to buy the next Robot Rooney … or, uh, American Football equivalent,) or the Random League (which drops you in against randomly generated teams.)

Each Frozen Cortex league can be tweaked with sub-mode variants, like Timed Turns that’ll force you to get your moves down very fast.

Mode 7 say they are now working hard to fix up any bugs in the game, ahead of a proposed February release. Here’s a single player focused trailer, showing off all the lovely new things you can do in the Early Access version.

By Logan Broadley2 days ago0
News