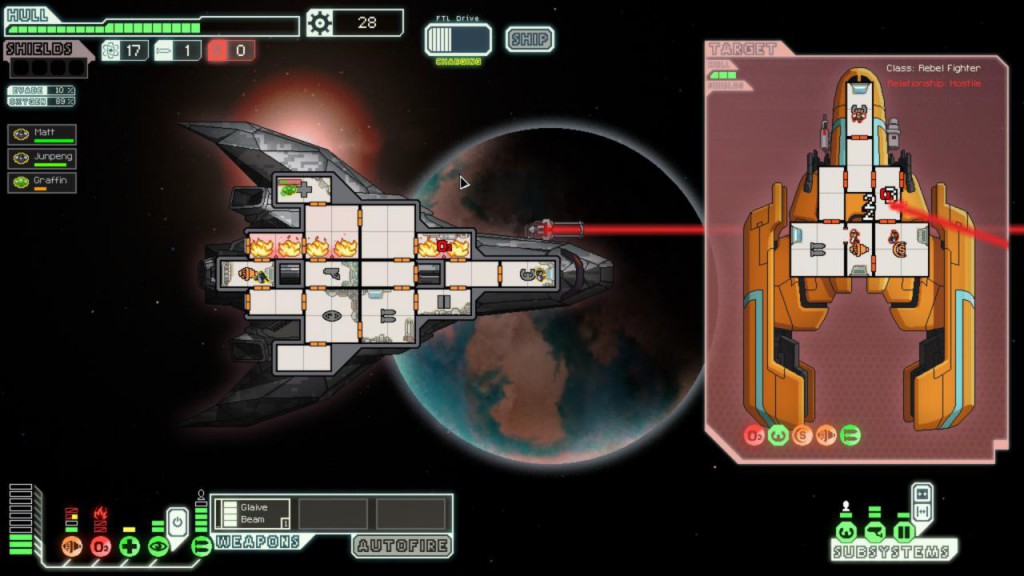 The shields are down, the ship is on fire, oxygen is leaking out, and the crew are slowly dying. Definitely FTL.

Superb ship command roguelike-like (or whatever) FTL: Faster Than Light has been updated with a load of free new content.

Titled the Advanced Edition, this latest FTL patch adds in a huge amount of new stuff. There’s a new alien race, new playable ships, new events, new weapons, new drones, and… well, like I said, lots of new stuff. There’s even some extra music, and some of the new events have been written by Chris Avellone. Because FTL was a Kickstarted game, and Chris Avellone writes for every single game that has ever appeared on Kickstarter. I have no idea how he has time to write stuff for all of these games; I’m starting to think he’s got some Santa Claus-style magic going on.

If you’ve got the game on Steam it should automatically update to the Advanced Edition version, which is v1.5.4. If you haven’t, then you’ll need to uninstall FTL, redownload it from wherever you got it, and then reinstall it. You can find more instructions on how/where/why to do that here.

Finally, if you don’t own FTL, then you probably should. It’s excellent.