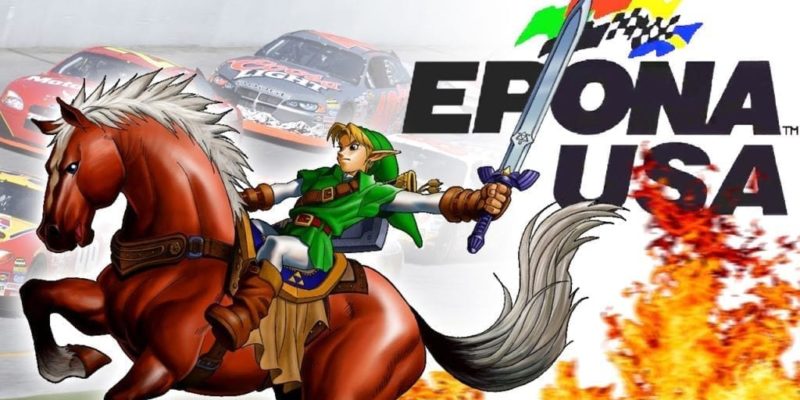 Hey guys, did you know that Daytona USA on the Sega Saturn has a code to let you play as a horse? No? Well, we found something that ramps that up a notch.

A brilliant fan has put together the worlds of Ocarina of Time and Daytona USA, with a playable Link riding Epona in the game. You don’t want to mess with this racer either, as Link is not averse to using his bow or jumping over the competition.

If you’re a fan of both games, I’m sure you’ll also admire the attention to detail in references to both games. I mean, not only did were the games edited together, an OOT version of the Daytona USA track had to be recorded. Now if we could only get Takenobu Mitsuyoshi to cover this version…

Finally, before I get flogged by Saturn fans, you can unlock the horse and the cars by winning every race at Saturn mode on normal. Or, you can hold they d-pad diagonally up-left and press the a, b, y, and z buttons on the title screen.

Microsoft CEO says Xbox not a core business, but not far from it