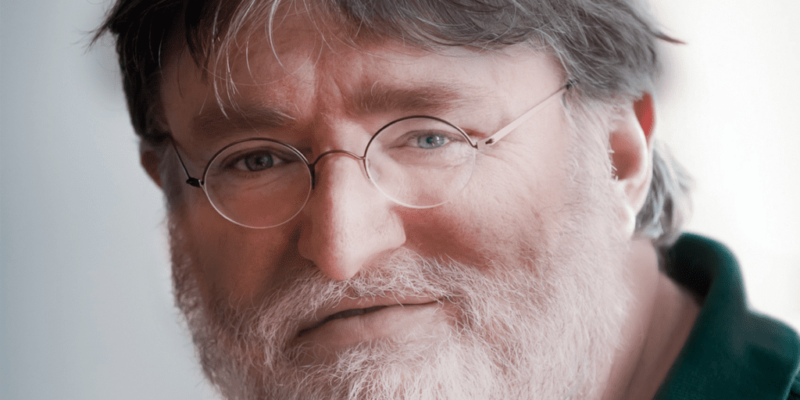 Asked in today’s ‘Ask Me Anything’ event whether Valve is still working on any “fully-fledged single player games,” Gabe Newell replied in the affirmative. That’s actually all he said in reply to that particular line of questioning, managing to reaffirm Valve’s fear of the number three at the same time.

Further reference to “unannounced projects” (plural) could be found in the reply to a question about Valve’s continued usage of the Source 2 Engine. “We are continuing to use Source 2 as our primary game development environment. Aside from moving Dota 2 to the engine recently, we are are using it as the foundation of some unannounced products,” Newell states.

If you fancy a little bit more fuel for the speculative hype fires, in response to the question “Any chance of a new IP that takes place in the half-life/portal universe? I feel like there’s a lot of story left to be explored there,” Newell says “Yep”. Granted, he might just be saying ‘Yes’ in response to there being more story left to explore, or ‘Yes, there is a chance of that’; but in conjunction with his other answers that seems noteworthy.

In that same thread, he confirms “They’re coming” when asked about the JJ Abrams-headed films based around Portal and Half-Life. On a related note, Newell cites Portal 2 as his personal favourite Valve single player game (expanding on this later by noting that he can’t be objective about Half-Life since he worked on it), and Dota 2 as his most played Valve multiplayer game.

Asked about Steam’s ongoing battles with providing decent customer support, Newell defends the changes made since the last AMD (two years ago): “We’ve introduced refunds on Steam, we’ve grown our Support staff by roughly 5x, and we’ve shipped a new help site and ticketing system that makes it easier to get help. We’ve also greatly reduced response times on most types of support tickets and we think we’ve improved the quality of responses.” He adds, however, that “We still need to further improve response times and we are continually working to improve the quality of our responses. We’re also working on adding more support staff in regions around the world to offer better native language support and improve response times in various regions.”

In reply to a query about Valve’s legendarily lax communication skills, Newell says the company prefer to “communicate through our products”. He feels its best for Valve to respond to issues through updates (usually Steam updates) rather than, say, writing a blog post about the problem. “This can lead to the feeling of an echo chamber, where it seems like Valve isn’t listening,” he acknowledges, before adding “We’re always listening.”

You can read all of Gabe Newell’s replies, here.

Valve fully behind VR with full game in the works