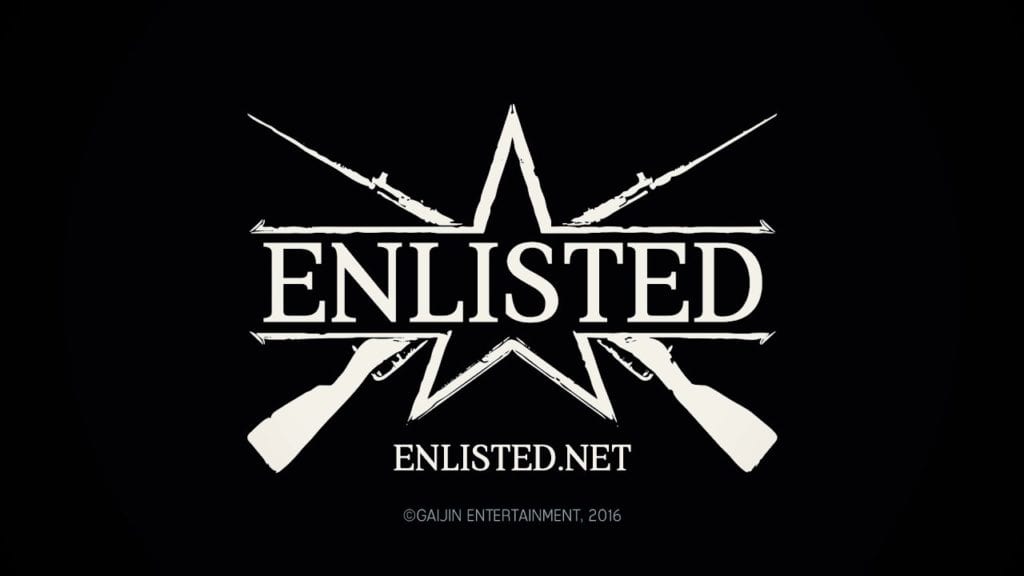 Last week Gaijin teased a new game via a short teaser trailer and today it;s been revealed as a new squad based WW2 FPS called Enlisted.

It was thought that Gaijin may have been adding ground troops to their popular War Thunder series but that’s not happening. What is happening is Enlisted, a new game that’s being developed by Darkflow Software.

“Enlisted is an ambitious undertaking, unlike any game we have ever created. It will be a first-person shooter decided by the fans, for the fans. They will have direct input into what we create, including things like campaigns, game modes, even which platforms after PC we will support,” said Alexander Nagorny, producer, Darkflow Software.

The website explains what they are trying to achieve.

The other feature of “Enlisted” is detailed accuracy in every battle. You may be a defender of Moscow in the trenches dug around the city, facing advancing enemy tanks and superior forces, with an objective to hold the enemy, to stop the advancing army in its tracks with all the resources you have. Your task is not to kill every enemy soldier; imagine being a member of the landing operation with an objective of capturing a foothold and mounting defenses, making it possible for the main forces to land on the continent, or, on the contrary – defend against the landing party, or lead your troops so that they arrive in time to a strategic point. This is something one can experience in single-player games but not in online game with human opponents.

The next important feature of “Enlisted” is an opportunity to control a military unit in specific scenarios and not a single character. First, you gather your unit and then you play with this unit until you complete your objective or until the last member of this unit of yours dies.

A closed beta test will start in the second half of 2017 and potential new players can already purchase the first two campaigns, weapon packs, and early access to the beta when it launches. This costs between 20 and 25 USD. Collector’s weapons are also for sale costing from 6.99 to 11.99 USD. Everything will set you back 50 USD.

Gaijin plans to use proceeds from sales to create new maps, game modes and a console version which will go into development when they raise 1m USD. They also say that they will start working on an African campaign when they raise 250K in sales. Gaijin are wanting to utilise community feedback to develop new modes and features for Enlisted through online voting and these new features will be added as funding goals are hit.

The site features a funding tracker to show what goals are being hit. Head over there to find out more.

American Truck Simulator gets rescaled world and more in 1.5 update