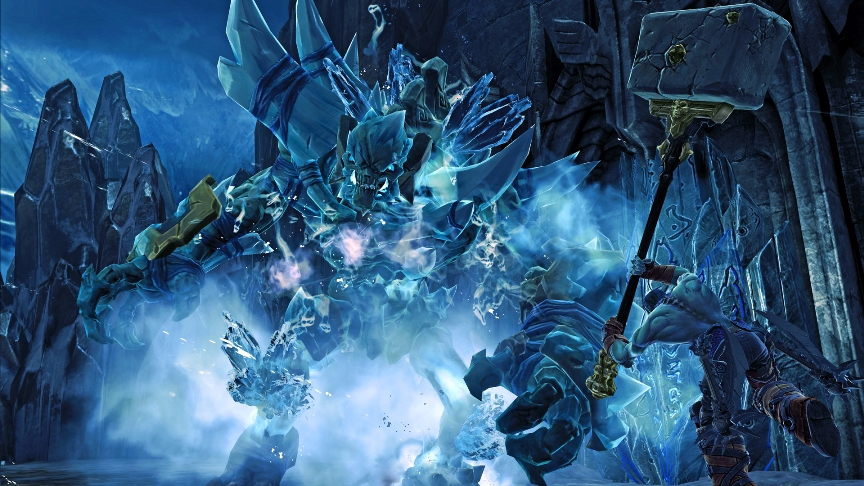 Join designer Ben Cureton from Vigil as he talks you through the ‘Crucible’ mode in Darksiders 2, where you’ll attempt to construct a device to save the universe from Reapers and … wait, that’s the wrong Crucible, hang on. Ok, it’s a mode where you write a play critiquing the US ‘red scare’ of the 1950s with an allegory about witch …  no, that’s still the wrong one.

Ah, here we go. It’s an arena mode for Darksiders 2 where you face off against waves of increasingly tough enemies. Every five waves, you’ll be offered a mystery prize or given the chance to continue. If you risk it and die you win nothing, but the prizes will get ever-shinier the deeper you go.

Watch the trailer, below. Darksiders 2 is coming to PC, Xbox 360 and PS3 (plus Wii U at a later date) on 21 August in the EU. Here’s a chat John Robertson had with lead designer Haydn Dalton about how the sequel compares to the original game.

You are being taunted in new Borderlands 2 trailer