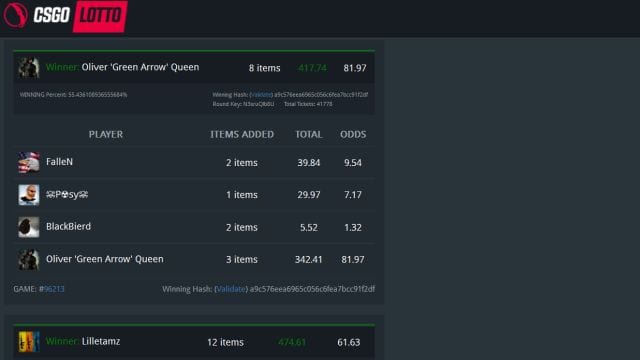 The fallout from revelations about undisclosed CS:GO gambling site ownership seem set to continue, as Ryan ‘Video Game Attorney’ Morrison says he has “more proof” of YouTubers engaged in this practice. It emerged over Sunday that Trevor ‘TmarTn’ Martin and Tom ‘ProSyndicate’ Cassell (already cited in two prior FTC cases) had not disclosed ownership of the site CSGOLotto while actively promoting it to their young audience.

Morrison, of the firm MorrisonLee, has already confirmed (if there were any doubt) that this was “definitely illegal”. Today, he’s divulged that he’s been sent proof of even more YouTube figures who have ownership in CSGOLotto, as well as other CS:GO gambling sites.

“I have been sent more proof of other YT’ers who own equity in CSGOLotto, as well as other popular gambling websites. Expect an update,” he writes on twitter.

He also has a suggestion for any major CS:GO streamers who are still hiding this illegal activity: “if I was a counter strike streamer who owned equity in a site I was promoting … I’d come clean … like now.”

Queried on what kind of repercussions may be awaiting those involved in this stuff, Morrison says “I’m not the criminal system so can’t guess, but definitely possible jail time.”