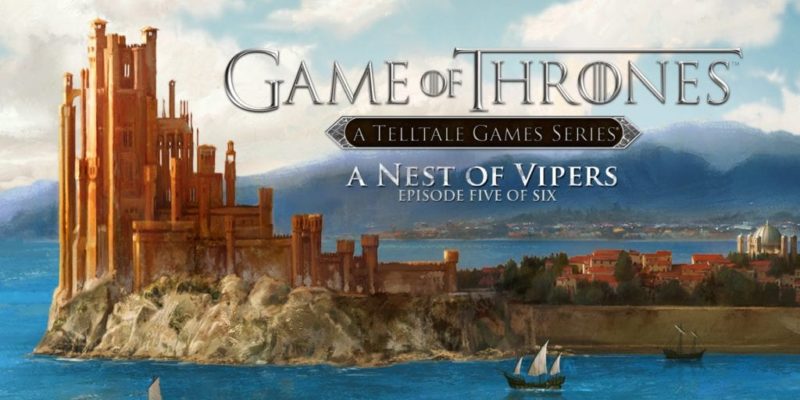 The fifth episode of Telltale’s Game of Thrones series, titled Nest of Vipers, has received a trailer.

So far, I have played none of Telltale’s Game of Thrones episodes, so I have no idea what’s going on. It’s probably spoiler-heavy, though! There’s a guy in the snows beyond the Wall, and a lady chatting with Cersei, and Tyrion makes an appearance, and there’s some stuff in Meereen, and… yeah, look, I’ve got no idea.

One can assume that this trailer means that the episode itself isn’t too far off. Beyond that, though, I’m clueless. You probably don’t want to watch the trailer below if you’ve yet to play the series, but otherwise, cast your eyes downward and take a look at what’s coming in the series’ penultimate episode.

The Flock will eventually stop being playable