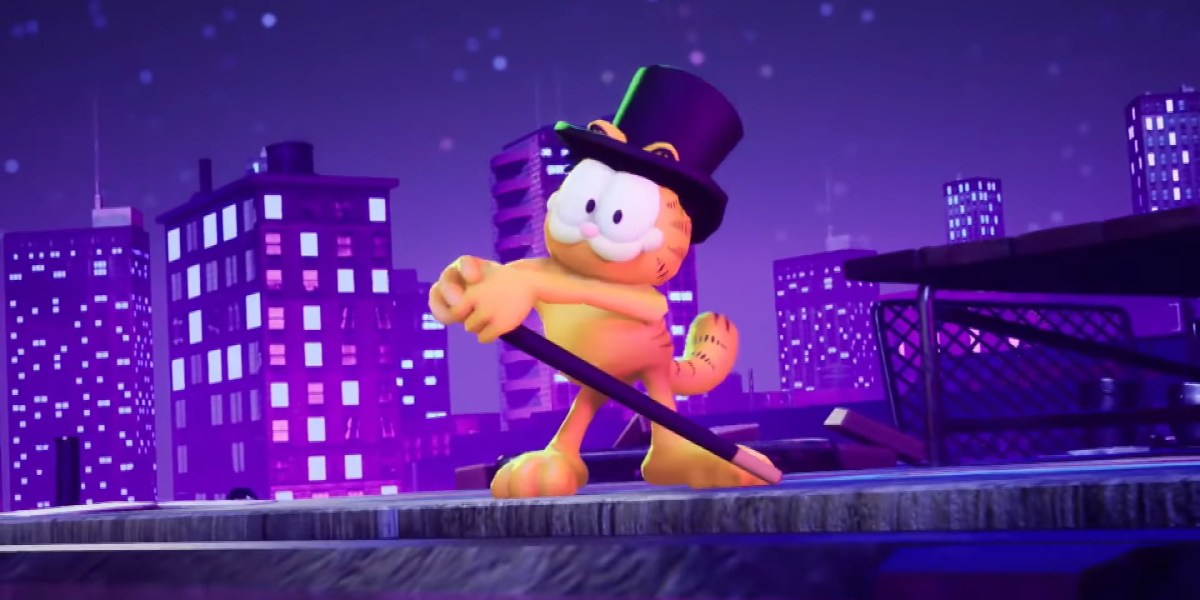 Everyone, get your favorite plate of lasagna. We’ll need it to celebrate the triumphant appearance of Garfield, who will be fighting alongside SpongeBob and Aang in Nickelodeon All-Star Brawl. Even if Garfield is lazy in his home life, he’ll be duking it out with some other iconic Nickelodeon icons. It’s just a shame this announcement didn’t come on a Monday. (C’mon, All-Star devs! It’s a Tuesday!)

This announcement may seem like it came out of left field, but ViacomCBS (the parent company of Nickelodeon) actually acquired Garfield earlier in 2019. If you were like me and didn’t know this, then Garfield in a platform fighter was definitely not a normal thing to wake up to on a Tuesday. But for those of you really looking forward to the new animated Garfield television show, then I guess Nickelodeon All-Star Brawl is the game for you.

If you were really into Nickelodeon All-Star Brawl, then the announcement probably didn’t come as much of a surprise either. Or at least, not at the moment. Garfield was already leaked as a future playable character by dataminers, alongside other characters like Mr. Krabs, Tommy Pickles, and Plankton. Garfield’s stage was leaked ahead of time as well, giving the datamine even more credibility.

Unfortunately, there still isn’t any voice acting or character noises, so Garfield won’t be complaining about Mondays while fighting Spongebob. But for such a fat cat, you’ll still be able to move around at a breakneck pace and pummel Lucy Loud into the sunset. Garfield will be available for free in Nickelodeon All-Star Brawl on December 9 for all platforms. You’ll also be able to suit up some of your favorite playable characters with costumes for free in a future update as well. Maybe Garfield can get a reskin as Odie. A man can dream.