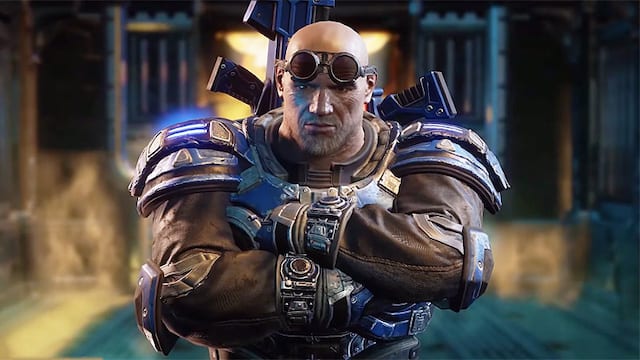 For Gears 5 fans, it’s beginning to look a lot like the holidays. That’s because a massive update is now available, providing a number of new modes and goodies.

Operation 2: Free for All is ready to download, offering two new modes, additional maps and a slew of characters.

Free for All is the big mode here. With it, players fight on their own against all others, in an attempt to rack up 30 kills first. That’s easier said than done, considering everyone’s hunting on their own terms.

Arcade Blitz also makes its debut, as part of the Arcade playlist. Here, players must capture points on a map and keep them captured to earn points. Along the way, they’ll be able to earn passive abilities and access to weapon upgrade trees.

2v2 Gnashers provides a little closer combat than usual. That’s because you’ll be working alongside a teammate against another duo, using trademark Gnashers to mow them down.

Two new maps join the fray, including the return of the Lift map, as well as the Allfathers’ Arena. In this location, available in Horde and Versus, players will fight through three different areas — the Room, the Field and the Hall. Each one is filled with opportunities to find cover and attempt to frag the opposition. Just make sure you’re fast — otherwise, you’re last.

Lizzie Carmine joins the party, along with Damon Baird, who returns to the playable fold. In addition, Jermad and Locust Drone will also join the party, keeping things nice and balanced.

Lastly, the Tour of Duty in Operation 2: Free for All features over 200 unlockables in all, including character skins, executions and much, much more.

Those that don’t feel like waiting can unlock all the content in an Operation 2 Bundle for $20. Otherwise, you can get everything through in-game play, purchasing characters for 500 iron each. Now get in there and start fighting!

Check out the trailer below to see what all Operation 2 has to offer.

Contest: Don’t get left behind – get in on the Cardpocalypse