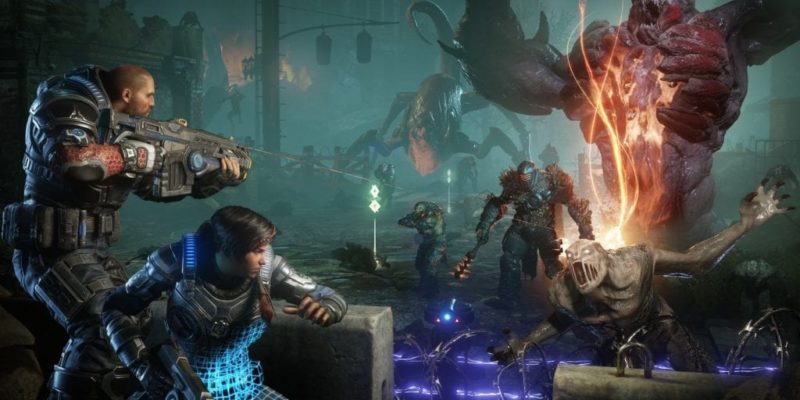 The Coalition is gearing up to unleash the first public test for Gears 5. Taking place on July 19, the “Technical Test” will feature a couple of modes for players to try out. One of those modes, “Arcade Deathmatch,” just got a short trailer going over how it will work.

The cost of a kill

The unique hook for Arcade Deathmatch is that all kills will grant players currency. The currency comes in the form of skulls, and performing certain actions will grant players more skulls. Not dissimilar to Counter-Strike, players can then spend that currency on different gear for their character. Gears 5 will have guns, armor, gadgets, and more are up for grabs, though obviously temporary.

Another wrinkle in the action is that players can spend this currency at any time during the match. Unlike Call of Duty, skulls don’t work on a killstreak basis. Once you earn them, they’re yours to keep for the match. This could lead to some very interesting late-game scenarios. You could bank your skulls for later use and turn the tides during a losing streak, for example.

As for the general flow of matches, Arcade Deathmatch still works in a typical shooter fashion. The ultimate goal will be to rack up 50 kills to claim victory. The distinct flavor of this will be how frenetic the currency system will make it.

If you’re dying to try out Gears 5 before launch, signing up for Xbox Game Pass or Game Pass Ultimate will net you access to the technical test. Gears 5 will also launch on the service a few days ahead of the official release on September 6. The game proper releases on September 10. If you are subscribed, you can currently pre-load the test to be ready when it launches. You can find out more information about the technical test by going to the Gears 5 website.

Explore the outer reaches with the Steam Space Exploration Sale